Back In The High Life Again 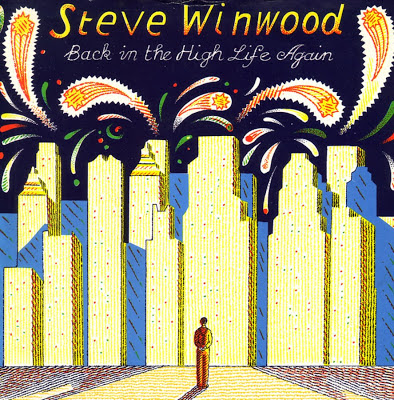 My name is Bob, and I am recovering Altoholic. It is 10 days since I last played World of Warcraft. This is a state of affairs that I never expected to find myself in. I have played solidly for 7 or 8 years and have never deliberately stopped playing this game, of course I have been on vacation, but I was always desperate to log back on.

Today is patch day 5.3 is available in Europe, and I am wondering why I should bother to logon tonight. The issue is whether my current disenchantment will be solved by the changes. What is it that is stopping me playing?

It is not the most comprehensive list ever compiled but it gets down to the core issue that everything involves sucking the fun out of the game. What is in the new patch that fixes these issues?

There are plenty of changes that sound tempting, but not actually there is not a huge amount of new content.

I started this post pre-patch and will finish it having spent 2 nights on the new content. I sampled one Heroic Scenario, 2 Scenarios as part of the Cho Lorewalker new questline, Helped out in the Barrens/Durotar and finished with a nice pair of boots for helping an old man up a mountain.

From what I have read since there is possibly a bug, because I did not get any quest for the Battle of Sen'jin Village. I did get the Weekly quest, for collecting 150 Oil, Lumber, Stone and Meat and in case you are unaware it comes with a nice title, Hordebreaker.

One of the big new features, which was not documented is the use of Radical Mojo, which is the currency of the Darkspear Rebellion. I have on seen it awarded as part of the Weekly Quest Battlefield:Barrens. It would have been nice to have seen this currency as Bind on Account instead of Soulbound, because this gear is aimed well and truly at the Alt end of the market. Those new Level 90's that have access to the new improved levelling curve will be able to combine the Radical Mojo with the Kor'kron gear that drops fairly regularly. The result is iLevel 489 gear for:
Sadly you can only get one piece a week, and I don't expect many people will be making boots when the Path of the Last Emperor is awarding iLevel 502 gear.
Having completed Battlefield: Barrens, it appears there are 3 ways to gather the resources.
The easiest method appears to be the Rares. They frequently appear, and are trackable on the Map. Simply fly around help everybody else involved in the kill and then loot the body. They do have a nasty sting in the tail and they recommended to do in a minimum party of 3. I presume they are like the Isle of Thunder Rares and they get more Hit Points when there are more people attacking.
For now I am back, and I will review the patch again in a few days, but I can see at least a month of fun ahead levelling 6 more characters at my own pace.
﻿

Email ThisBlogThis!Share to TwitterShare to FacebookShare to Pinterest
Labels: Patch 5.3