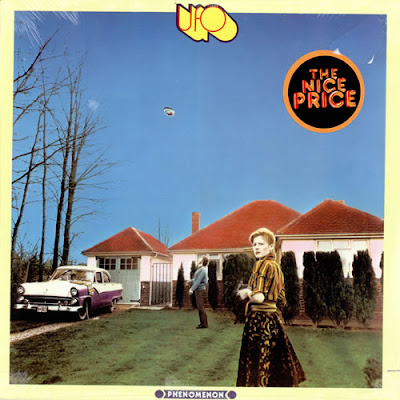 Back in the days of vanilla WoW, there was one quest that filled me utter dread (Ok there were several). The quest I am talking about is Nat Pagle , Angler Extreme. I have no idea if this quest is still available but in vanilla it was a truely awful experience. The problem was that in order to gain the skill level 225-300, Nat Pagle wanted you to fly around Azeroth and catch 4 rare fish. You could only accept the quest at skill level 225 and you would gain no skillup points from doing the quest, and the real kick in the teeth was that each fish took about 50 casts to land. The locations for this marathon were Stranglethorn Vale, Swamp of Sorrows, Feralas and Desolace, all at a time when there was no flying in Azeroth and the fast land mounts were rewarded at level 60. The zones in vanilla were less forgiving than they are now, and if you happened to be too low for the zone, then your aggro range was enormous. Whilst doing this quest I had never visited either Swamp of Sorrows or Feralas and so had to be very careful. This did not stop me running straight into the Horde camp situated in the middle of the road, smack in the middle of Feralas. The areas required to catch these rare fish were situated next to Horde flight points on at least 2 of the zones. Not one of the areas did the Alliance have any benefit. From this point onwards I have always believed that "Blizz Loves Horde".

The Horde have always had the tag of underdog, and on most servers are a minority force. This was evened out slightly by the popularity of the Blood Elves, which finally gave the Horde a "pretty" race to play. As a consequence of the underdog tag, Blizzard seems to favour them in small subtle ways, and the Horde players have used their status to excel in areas like PvP.

This flashback to Nat Pagle, was brought into sharp focus whilst reading 3 recent articles written by the WoW Insider team. I have posted links on my MOP Resource Kit under the title of General Interest. The premise of these articles is that the Horde always get the most engaging story lines and the Alliance stories are only ever reactive to the overly aggressive Horde. The articles are extremely well written and thought provoking and not written from a cry baby Alliance perspective. As I have never played Horde it would appear that I have been missing out on a lot of storyline.

I have always played WoW like Julius Caesar, I come, I see and I conquer (kick ass) for those of you with a grounding in Latin, I am obviously paraphrasing "Veni, Vidi, Vici". I don't think the Romans used Kick Ass. This leaves a huge gap in my knowledge about the Lore. I managed to read one and a half of the Richard A Knaak books from the "War of the Ancients" series before I realised that the writing was so incredibly bad as to be not worth the effort. I have heard that Christie Golden writes a better book so maybe I will try them at some stage.

The recent move by Blizzard to have storylines appear in books and comics, and not for the game to only reference them in passing is in my opinion a very bad move. At the launch of the WoW's first scenario "The Fall of Theramore" there was equal outrage in not having a pre expansion event and hiding a large chunk of the storyline in a book and in the Horde scenario. I wrote several posts at the time and in Letter From America, there is just a flavour of other peoples thoughts, my personal favourite was the Godmother calling the scenario "A Dumper". Important people died at Theramore and in another plot line the Dwarven King was turned to Crystal.

The articles in WoW Insider generated a lot of very good discussion and I was particular impressed with the thoughts of Axebeard, I have copied the comment here due to problems of linking:

"What I'm really starting to dread about this entire thing is that, after a couple of years of the Alliance being the Horde's punching bag, Blizzard's writers are going to simply let the Horde skate on what's happened in their storyline. It's all over the end of the Isle of Thunder plotline, when Taran Zhu gets both sides to walk away: Aethas Sunreaver gets away with a lie while Veressa's legitimate grievance gets ignored.
This is what people mean when they talk about the Horde's plot armor. It was present in earlier expansions, when the red dragonflight conveniently forgot about the Dragonmaw Clan's butchery and the Kirin Tor suddenly had no objection to the Forsaken attacking their villages in Silverpine and Hillsbrad, but it got really bad in Cataclysm and has remained that bad ever since.

Garrosh has been alternately stupid and a monster almost since Cataclysm started, but the entire Horde has been complicit in the blight of Gilneas and Southshore, the forcible transformation of dozens of humans into strangely and instantly loyal Forsaken, the mana bomb, the murder of several members of the blue dragonflight, the reuse of the valk'yr, and so on and so forth. By rights, the siege of Orgrimmar should be the moment when not just the Darkspear or the Alliance but the entirety of the game world rises up at once and says no, this is not how you get to be. The Argent Crusade and Knights of the Ebon Blade should be teaming up to at least depose Sylvanas, who's forcibly converting civilians to undead right in their backyards; the blue dragonflight should be right there beside Jaina as she gets ready to bust down the walls, aching to find the murderers of their kin; and Baine and Vol'jin should be frantically running backroom deals with a coalition of diplomatic envoys to get their people out of the way of the incoming payback train.

Blizzard seems to want to wrap this up with a "both sides are bad" neutrality resolution, but that's flatly, obviously not true. The Horde's been a collection of black hats by deliberate design since the start of Cataclysm and I, as an Alliance player, have stayed Alliance because I don't enjoy playing the villain. I tried starting an undead character and ended up killing unarmed farmers because they might have been with the Alliance; I tried rolling a tauren and was stopped dead at Silverwind Refuge, where a triumphant bunch of orcs haven't even bothered to move the bodies of the civilians they cut down. It is actually impossible to level up a Horde character via questing beyond a certain point without committing war crimes. (Meanwhile, I play a human and hand out bowls of hot stew to starving refugees; a worgen, and save my countrymen from slavery at the hands of Forsaken invaders; a dwarf or gnome, and become a hero in what leads to the unification of the three kingdoms.)

In a sensible narrative, the Horde at the end of this storyline should no longer exist. They have systematically antagonized virtually every civilization on the planet, and the sensible voices within it have stood by and let it happen out of fear or apathy or, in Thrall's case, flat-out avoiding conflict. If you're a Horde player by the end of this, you're clinging to the shattered remnants of a once-proud world power that overextended its grip and forgot that in world politics, there may not always be a bigger fish, but enough smaller fish can eat you just the same.

What I'd like as an Alliance player, but I know will never happen, is for the Alliance to come out of the siege of Orgrimmar not as uncomfortable allies of the Horde, but as the unequivocal victors. There must be retribution; there need to be consequences. The Horde should begin the next expansion battered, bloodied, and most importantly humbled; they all followed along with Garrosh's dreams of empire for at least a certain period of time and need to be reminded of that with every quest they undertake.

What I'm going to get is the Horde skating on their war crimes because somehow, magically, it was all Garrosh's fault. Bygones will be bygones and the Horde will be magically forgiven for all past misdeeds. There'll be no stories dealing with the pent-up bloodlust or societal issues that made somebody like Garrosh get as far as he did without an open revolt, and the Alliance will receive neither recompense or recognition."

I have always considered that Blizzard favours the Horde, and from what I have read recently the story lines are Horde driven, with the Alliance left to dance around the rest of the storyline. After 4 expansions of the Horde being the constant aggressor, I am inclined to agree with Axebeard that the Horde need to be on their knees, for a 5th expansion, with big land grabs by the Night Elves and Orgrimmar left as a smouldering ruin, as a consequence of the crimes of Garrosh.

What will probably happen next, is that Vol'Jin will become the Horde Commander-in-Chief, he will run the Siege of Orgrimmar and then the Alliance will need to cosy up to the Horde to stop the next Demon invasion that Wrathion tells us is on the way.

None of this affects my decision to play the Alliance. I was brought up on the tales of the Hobbit and the Lord of the Rings, and so my go to race was always going to be Dwarven or Gnomish. I am not disappointed with my choice of faction, but it is time Dave Kosak et al, let the Alliance be on top for once.
Posted by Bob at 13:19

Email ThisBlogThis!Share to TwitterShare to FacebookShare to Pinterest
Labels: Alliance