Healing At The Harbour 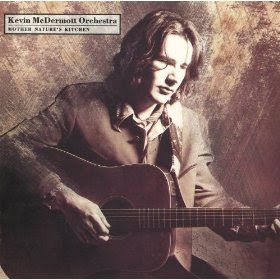 As a call to arms, I decided to re-enter the fray as a Healer to aid the sad people queueing for hours in LFR. I was a healer in TBC and The Lich King with my preferred healer being Resto Shaman. I like the re-active whack a mole style and preferred it to the sledgehammer Holy Paladin style. I liked healing I even enjoyed more than gunning down mobs on my Hunter. Everything was rosy in the garden of WoW and then Cataclysm dropped.

Cataclysm made Heroics tough and throttled healer mana, so much that a new style was introduced, Triage. LFD was hateful place before they all moved to LFR at the end of the expansion. Nobody liked having to drink after every fight and then frantically having to chase the Tank who didn't appreciate the waiting time.

LFR Dragon Soul was a completely different beast and was very heavy on the AoE healing, and besides Shamans had a shiny new spell in the form of Healing Rain. LFR was easy with the right group and a complete disaster with the wrong one.

A change of design with MoP, made it difficult to complete one set of gear never mind a second set for an off-spec healer. There is no way I am going to do 12 Million dailies in a Healing Spec and gear.

Several months after the launch of the new expansion, and I am back to healing, but I can tell you it is no bed of roses. My first attempts showed me that Resto Shaman was well of the pace in LFR. I have no problems with 5 Man Heroics, so I guess my skills are still there, but I am being strangled by the OOM. I spend have a fight chucking lightning bolts a nd dropping Mana Totems to keep my head above water. I am not optimally geared in all Spirit gear, but there is no way it should be this bad. The requirement to do damage to create mana results in a less than perfect throughput of Heals per second.

Ghostcrawler was obviously of the opinion that Resto Shamans were not in a good place and decided to buff, Healing Rain, Chain Heal and Earthliving by 20%. The looks like Shaman healers were way down the pecking order. I decided to retry all the LFR's in order.

My output was not increased by 20% but by 100%, bigger heals means that you have to cast less often, resulting in more mana. Nice result Blizzard. I was sat in the Top 2 healers and starting to enjoy healing again. The 2nd LFR was the same result, I was starting to feel good.

I noticed that the Dread Approach was now open to me, I must have got a slight upgrade which tipped me over the 470 iLevel mark. The wait time was considerably longer than the other 2 LFR's and when I did enter, it was already 2 bosses down. Why is it that when you want all bosses you get the last boss and if you want the last boss you get all bosses. Perhaps a tick box would be beneficial for complete runs and partial runs, it might stop people dropping out so often.

The Dread Approach is definitely a step up in terms of requirement and going straight to the last boss gives no time to adjust. Garalon is a horrible boss for healers, non-stop raid wide splash damage with constant need to keep moving. Not only is the raid taking splash damage, but everybody is completely spread out. Healing Rain is useless most of the time and Chain Heal is very inefficient. With the movement, the single target healing and the occasion need for big heals for people caught by the crush, I soon ran out of mana. When the wipe eventually arrived a big study of the healing was carried out. Not the Tank or the DPS output, but the Healers. Have you ever noticed the people with the big numbers against Garalon never attack the legs?

Big questions were asked why 2 healers were less than 50K HPS (with me being one of them). After a few minutes of a Witch Hunt, I decided that this was not an environment I wanted to spend any more time in.

I really hope they had a very long wait for the next healer to become available. I am still learning the fight, I have crappy gear and fragile ego. Be nice to your healers if you want them to carry on. A little tip it is not always our fault you died.
Posted by Bob at 15:15

Email ThisBlogThis!Share to TwitterShare to FacebookShare to Pinterest
Labels: Healing