One Of These Nights 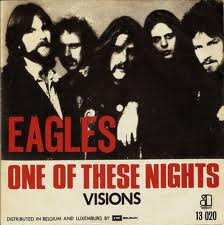 After many weeks I finally achievement one of my goals. The goal in question is not a difficult one, but the way that Blizzard have implemented LFR can make for a real challenge. I have recently bemoaned the fact that LFR drops you into the first available instance, and in my experience this is rarely at the formation of the group, and is more likely a difficult boss.

Two nights ago I did my weekly queue for The Dread Approach (1st part of Heart of Fear) and after the usual lengthy wait, I was rewarded with my first chance to down Imperial Vizier Zor'Lok. This was not at the start of the instance but it was at the first Boss. They already had a 15% Buff for 3 previous failures, and the signs were looking very ominous.

In fairness it was a fairly easy run, I would like to take the credit for making the run a smooth one, but sadly I can't. What this boss kill did though, was to open up the second wing of the Heart of Fear.
This was duly my undertaking for last night. The start did not begin well, and the first LFR call came quicker than expected and happened whilst my wife (who had commandeered my computer) was sat googling or whatever it is that women do on the internet. The second missed invite was due to my kids requiring something or other, just 30 seconds away from the screen and you know it will have come and gone. The 3rd invite I was like a rat up a drainpipe, and then we had the wait for Tanks, and Healers and DPS who kept dropping because the raid was not full. I wasted a bucketload of Party grenades and for once nobody complained about the wait, and the battled hardened players took it in their stride. This run too went without a hitch eventually. I was careful about over-aggroing the room, I have never seen so much trash in a Raid before, it was the insect version of the Terracotta Warriors. rows and rows of buzzing, flapping insects, waiting to be swatted.

I can't remember anything of the wing and will only really be comfortable in a raid on the 3rd or 4th visit. My reward for the endless wait was to receive the Tier Chest piece, which makes the second piece in my collection, and a lovely 15% bonus to Kill Command. The first piece was a gift from the Sha of Anger, many months ago. I thought this might be only Tier piece I would see this expansion.

Feeling slightly drained from the LFR success, I received a whisper asking if I wanted to do Heroic Dragon Soul. I don't remember doing Heroic runs when the content was current, but I always enjoy a good ROFLstomp through old content. Most of the bosses did not even get to let off their trademark attacks like Morchok, and his spikes with Black Bood oozing out of the ground, or Ultraxion and the Hour of Twilight, was more like dead in 10 seconds.

The other achievements often required not doing any DPS, and standing around waiting for things to happen.

Doing the Ulduar achievements during Cataclysm was a much harder task and the basics of staying alive often got the better of a wide range of achievement hunters. In some respects the strange requirements of the achievement system and the dance moves required in some encounters still leaves the over geared player with skills to master. Bigger health pools and increased DPS is not always the way forward. Sometimes achievements require skill and co-ordination.

The Holding Hands achievement against Hagara was quite frankly just very very silly. It took 10 minutes to mark out all the spots that we needed to stand in, and after after all that the achievement was bugged. We did however get it on the second attempt.

These Guild runs are fun to do, and although we might have been sick of the sight of Deathwing, it is nice to go back and re-visit our former stomping ground. Big thanks to the Guild and especially Jay, it was a refreshing evenings entertainment.
Posted by Bob at 17:07

Email ThisBlogThis!Share to TwitterShare to FacebookShare to Pinterest
Labels: Nostalgia