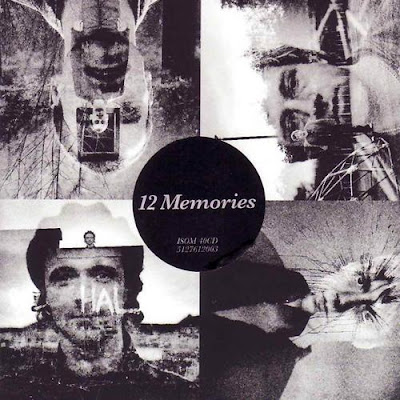 The World of Warcraft is the game that just will not stop. Launched on 23rd November 2004 in the US and some time later for the Europeans, it means that some people out there are still playing the same game after 8 and a half years.

I have personally played a long time, around 7-8 years without ever taking a break and spent many hours levelling multiple characters through the Old World (pre Cataclysm). If you showed me a screenshot of a zone (except for the Horde starter zones) I would be able to tell you exactly where it was, due to the total immersion in the game. I have done thousands of quests and remember a very large chunk of them. I have been in every instance and every raid the game has produced and remember them in vivid detail.

What is less clear is the materials and the uses of them once they are no longer valid or current. I have no idea what Essence of the Dung Beetle is used for, or Ichor of Bad Breath, but I can guarantee that at some point I was out farming for them, to create some gear, or more likely a shiny enchant for my weapon.

There are many things in the current game that I have already forgotten. If there is no immediate use for something then it will be pushed to the back of my mind and eventually forgotten for ever. One of the reasons I read a lot of blogs is to remind me of some of the forgotten content, and yesterday I was rewarded by reading The Song Remains the Same by The Godmother.

Weapons in this expansion have largely past me by, because I am so far behind the curve and the only thing I did know was that they are relatively scarce. There is reward of a Blue 450 weapon from one of the Scenarios and then it is wait 100 days and hopefully you might get lucky. Many bloggers have been having personal battles with the RNG gods and for the most part been one-shotted every week.

The Godmother reminded me that there are some crafted Epic weapons in this expansion, unless of course you are a Hunter (no longer the proud holders of all loot is Hunter loot title). I decided to investigate the Inscription Staves, and was very impressed by the shiny purple colour and the fact that I did not have to sell my Grandmother to make one.

The principle is simple, make a levelling Blue version for the trip from 85 to 90 and then convert into it's epic form at max level. The best thing about it is that it is Bind on Account. 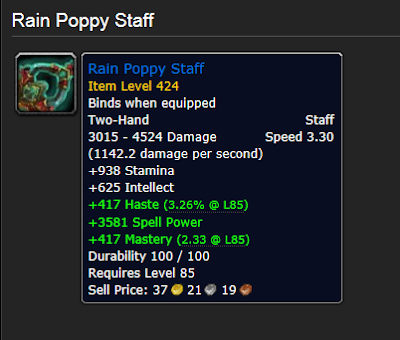 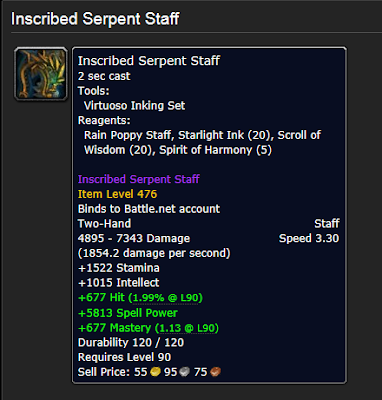 When the expansion was released most Scribes would not have the reagents available to make these. Starlight Ink, Scroll of Wisdom and Spirit of Harmony were not things that I could spare to make a staff. At this stage of the expansion, I no longer make Glyphs, Darkmoon Cards are something I dabble with and I have the ability to grow a shed load of Spirit of Harmony.
In one simple upgrade my Mage is now doing twice the DPS and I am thinking that Frost Mages may be very over powered if they scale this well. I can't wait till I can a complete epic set. I think my Hunter might be sitting out the rest of the expansion.
Posted by Bob at 13:24