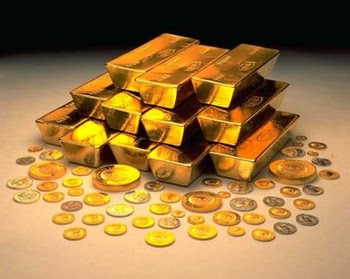 Money, what is it good for? I obviously want to say absolutely nothing. I am going to talk about WoW economy not Real Life, because having no money in RL does not make for a hot topic. The internet and in particular WoW Blogs are full of people offering sagely advice about how they made money and how you can also make money hand over fist. Some of these people even want RL money for their pearls of wisdom and carefully crafted guides, but what is it good for? Besides the basics for repair bills, food and potions what do we really need the extra for?

Historically I started the game with no money and proceeded like this for 60 levels. It was like being a student, having no money but somehow never going without the important things in life, like beer and food. When The Burning Crusade came out and allowed the general populace to fly around the Outlands, everybody wanted the flying skill and a flying mount. In those days I think the basic flying package was about 5100 Gold with no discounts for reputation. This was a must have ability at an outrageous price. At a rough guess 99% of the player base did not have that kind of money and at Level 70 it was the first thing that people tried to get. The big money making professions were Tailoring with their assortment of bags and the new kid on the block Jewelcrafting. Competition was fierce in both markets and the majority people spent their time gathering, ores, skins and herbs. The other big markets was for motes and primals, the rarest and most expensive were Fire and Air. The elemental plain in Nagrand was packed morning noon to night with farmers. The irony was that to get to the elemental plain you needed a flying mount. I personally spent hours farming elementals, voidwalkers, clefthoof and talbuks. This was the game at the time, mindless grinding of resources, grinding reputation, and grinding gear. The balance only changed with the advent of the daily quests. Suddenly Flying mounts was not such an issue for all of your alts, it still took time to accumulate the money but it was at least achievable.

Since those heady days, and its only just by writing this post about how much grinding we used to do, there have been very few must have items in the game. Super Fast flying 310% and Cold Winter Flying were far less roadblock items. Dual spec cost a whopping 1000 Gold at its introduction, it now costs 10 Gold and a sticky toffee.

The major goldsinks now are all mounts Mekgineer's Chopper, Traveller's Tundra Mammoth, and Vial of Sands. These are not compulsory must have items, but are excellent show off, elitist items. It is not a game breaker if you cannot afford these items.

So lacking a roadblock goldsink, what do you need your money for? The answer is for gemming, enchants, transmogrification, and reforging, but this only requires chump change unless you want the epic gems. Blizzard has made these exceptionally rare and put them only in the hands of the regular raiders. Per increase in stat these Epic gems over their Rare equivalent work out very expensive indeed.

I have long studied the best ways to make money within the game, from transmutes, jewelcrafting and the ultimate goldmaker inscription, but I gave up actively seeking money 12 months ago. Before the maximum goldcap was raised, I did actually hit this level ( 214,748 G 36 S 47 C) not on one character but spread over my army of alts. Since then I have kept a steady amount at a lower level than the old goldcap. The reason I stopped was I couldn't justify the amount of time spent in the pursuit of more gold. I don't use the stash I have, and still will not buy items I believe to be overinflated or just plain not worth it. I will spend a few thousand on gear, but will not pay over 10,000 Gold for something that will be replaced in a matter of months. Mounts are for life, not just for Christmas, but gear is only current for a single patch. Just remember Green will soon be the new Purple.
Posted by Bob at 11:51