I Just Don't Know What To Do With Myself? 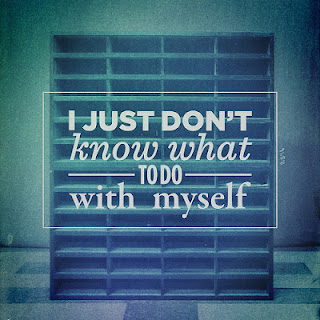 The title of this post just about sums up what I feel about World of Warcraft at the moment. Even the Blogosphere is devoid of interesting topics, with the exception of the fantastic Darla post by BigBearButt. Just out of curiosity does anybody else have access issues with his site? I assume the filter police don't like the usage of butt in the title.One of the best WoW blogs ever written was one that I could never get a work - Righteous Orbs, this was always flagged as being pornographic.

When you don't know what to do in game, it makes it very difficult to find something to write about. I was going to write about Guilds but it maybe became a little too personal, who knows I may return to the draft copy. The wait between last patch and new expansion seems to be getting worse. WotLK was a long time between that they ended up sticking a useless extra patch. Anyone remember the great success of the Ruby Sanctum? This was probably not the worst thing in WotLK, that accolade belongs firmly with the Argent Tournament. Anybody fancy a joust on a land mount? no thanks. Cataclysm went one better and put us with lance in hand on the back of the worst flying mount ever designed. Its main design principle was the simple housebrick.

I am seriously considering being disloyal to World of Warcraft and spending some quality time with her sister Diablo III. I have never played any of the Diablo series, but judging from the hype, the screenshots, and the fact that I will get a free copy makes it very appealing indeed. I may not know what to do right now, but in a months time I am planning on being unfaithful.
Posted by Bob at 12:10