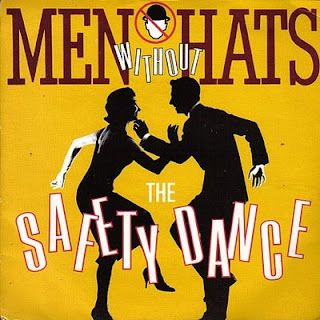 Does anybody remember Heigan the Unclean? Of course you do. Anybody who went into Naxxramas during the WotLK expansion will remember the dance, and the deaths. It was always gratifying to watch the new person stepping into Naxx for the first time, and watching them die within seconds of the first dance. The dance was fairly easy to execute once you got the muscle memory working, it was slightly odd in the fact that you knew what you had to do, but the slightest slip would end up with you becoming a greasy smear on the fiery surface. I remember doing this boss only the healer and the tank alive, no enrage timers meant that if you can dance then eventually Heigan would fall.

Naxxramas was of course originally conceived as a 40 man raid in vanilla WoW, its is still worth watching the dance performed by 40 people scurrying across the erupting floor in unison. Blizzard believed that so few people had seen this content that it was worth bringing back in 10 and 25 man versions. The fight mechanics were still very fresh and interesting and as a raid Naxx only became vacant and empty once the raiders had discovered Ulduar and the 4 versions of Trial of the Crusader that everyone felt obliged to complete.

Ulduar was actually a masterpiece of design, and many people see it has being the best raid in the game, of course after Karazhan. Progressing from Naxxramas to Ulduar was a massive leap in terms of difficulty, skill and dance. Even the trash mobs were likely to kill the unwary and unprepared. For me the biggest issue with the whole instance was that every week, we needed to get into our mechanical devices to defeat the very boring Flame Leviathon. As with other bosses that require people to stop being mages, shamans, warriors etc. they end up becoming universally unloved, (yes I am looking at you Oculus).

Ulduar was not just about powering your way round the raid, even now "look at the size of my DPS" does not completely trivialise the content. Hodir still causes problems for people who cannot co-ordinate their movements. 25 man Heroic Yogg-Saron with achievements can still be a nightmare for a team that lacks leadership and co-ordination.

This brings me round to the subject of Cataclysm raids. Last night I volunteered to do 10 man Heroic Blackwing Descent. Assuming this to be a simple case of turn up grab some achievements and be out in 45 minutes flat. Well I can safely say that Magmaw is still laughing at us, and the guild repair bills have taken a hefty dent out of the guild treasure trove.

What went wrong? definitely under prepared, taking the raid too lightly, lack of good movement, possibly low dps due to movement, changing targets etc. So I am going to use this space to research and record the Heroic Magmaw fight and assess if this is good or bad design on Blizzards behalf.

"The add that is summoned every 35 seconds is called Blazing Bone Construct.

They actually spawn from a Meteor (Blazing Inferno) that lands on the ground. The area it is going to hit looks very similar to the ground effect used for Pillar of Flame, the ability that spawns Lava Parasites. You want to move out of the way of the Meteor before it lands, for it deals about 75k fire damage on impact, AND leaves Ignition (fire patches) on the ground in a "S" type shape, that deal about 55k per second you stand in them (they also move VERY FAST so don't stand anywhere near them). You will die before you can get out of it, barring a good damage mitigation cooldown. It is 100% avoidable.

At 20% HP the Constructs cast Armageddon, an 8 second cast that when finished, does about 125k fire damage to the raid, effectively a wipe. So why not just have a tank grab them all and never DPS them, to avoid Armageddon? They hit extremely hard - after a certain amount you just can't heal through it (if 3 are up at the same time your tank should be using cooldowns until one is dead). So when a Construct is about to go down, have all DPS hard switch to it, to kill it before the cast finishes.

Basically, you should avoid all avoidable damage to make this fight easier."

The statement basically suggests avoid all the crap on the floor, Don't let things spawn on your head, and be very careful when you kill the adds. This sounds like a hell of a lot of things that could go wrong with this fight. Everything sounds so random and lethal. It is interesting that our 2nd attempt got Magmaw down to 3% but all subsequent attempts failed in several places. I would expect that the performance would improve until a point where fatigue and boredom kick in.

What could we have done different and what is the key to success? I found a guide at Jinxedthought, which after reading through several times, suggests that the bulk of the group should form in a melee group near Magmaw and only 1 Tank, 1 Kiter and 1 Healer should be outside of this group. If this is the case it puts a lot of pressure on these 3 players, but I can see how this might work. There would be a lot less movement from the team and one would assume greater DPS as a result.

Is this really a good design? If there is only one true way to consistently do this fight, then this is bad design. Once the WoW community has done its research then the one true way becomes a faceroll, just by changing the group positioning. Prince Malchazaar in Karazhan was a similar fight which involved fighting in nooks and crannies in an attempt to remove the random placement of fire totems. Whilst I applaud the WoW community for working these tactics out, I am not sure it is great design on Blizzard's part.
Posted by Bob at 14:25