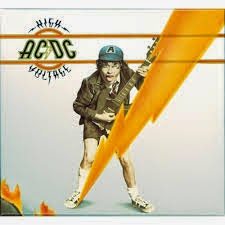 Now that Valor capping is not very difficult to achieve, my free time as turned to trying to please Wrathion in the hope that he gives me more Cloaks of Awesomeness. The downside is that I am spending time doing things I don't really want to do, with people I don't want to be with.

It is easy to think back at the time on the Wrathion Questline as being nothing more than the collection of Sigils, Secrets and Titan Runestones. The reality is that there are side roads that we would like to forget and I don't just mean having to PvP in the two new Battlegrounds, neither of which do it for me.

One such side road is the quests surrounding the Isle of Thunder, Spirit of the Storm Lord:

"Progress through the Isle of Thunder until you unlock the final courtyard. Obtain a Tempered Lightning Lance by thrusting the lance into Storm Lord Nalak and surviving long enough to siphon his power."

Forging the Lance is a fun little scenario which is far from straightforward but is rewarding in it's level of difficulty. The part where you are required to upset a World Boss and expect to live is a little bit more tricky. First time through I was on a Hunter, which just like most activities in the game they are able to solo without any difficulty. The key is being able to drop threat, so that is excellent for Hunters and Rogues, but not so good for Elemental Shaman. I tried a few tricks that are posted on the forum, but I am guessing that Blizzard fixed them some time ago.

I asked an eminent Shaman in my Guild and I expected some smart answer about casting this spell here and running over to here, then waving your pants above your head and then hand in the quest. The answer was very different, "Hang on I will log onto my Tank". I waited for awhile, my knight in shining armour soloed a world boss, and I ran away like a big girl's blouse, waved my pants above my head and then handed the quest in.

It is hardly fair that some classes can solo and other need to get a mate to help them (Thanks Elogis).

I have often stated that it is not wise to do LFR's at the weekend, but when there is nothing else to do, and you just need to kill one boss for part of the Quest chain, you think how bad can this be. The answer is worse than you can imagine. I was up to the quest Fear Itself:

"Defeat the Sha of Fear in the Terrace of Endless Spring and acquire the Chimera of Fear."

I normally like ToES it is a Raid which requires moving about 50 paces, down some stairs, and up some stairs and defeat four bosses in about 20 minutes. It's not the most taxing of instances and in particular the first boss encounter is a council style fight. I have done this fight many times and I attack the boss with the dwindling health bar. Icy Veins in it's guide states:

The strategy for this phase can be summarised relatively easily.
While this list is rather comprehensive, we will go into some more details in the sections below.
We remind you that once the first boss is killed, the other two will be healed to full health. Therefore, there is no reason to try to cleave or multi DoT the bosses.

Notice that it does not advocate which boss to kill first and it comes with a reminder that when the first boss is killed the other two will be healed to full health. This is not the Fallen Protectors (He, She and It) were they need to all die at the same time, but it does require some organisation or at the very least some communication.

The LFR that I got lumbered in did less damage than when the Raid was current content, coupled with an inability to hit the same target. The see-saw action of the Raid resulted in a kill time of over 10 minutes.

The elemental Protectors that appear on the stairs and will divide if not killed in time, kept dividing, and the Sha of Fear also took over 10 minutes to complete. Very painful indeed, but good practice to hone your rotation.
Posted by Bob at 09:40

Email ThisBlogThis!Share to TwitterShare to FacebookShare to Pinterest
Labels: LFR