The Cats In The Cradle And The Silver Spoon 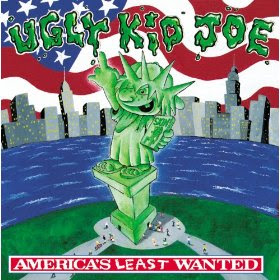 It looks like several bloggers that I read have been saving up monster posts to start the New Year with a bang.There is Grimmtooth's recent levelling experience, Grumpy Elf with recommending WoW to a friend, Matthew Rossi at WoW Insider with Valor Points and Player Choice, and Big Bear Butt with Dailies get used to them.

All four of them are interesting and thought provoking and they seem to break up nicely into 2 seperate topics, Levelling and End Game philosophy.

The design philosophy of WoW now that we are into the fourth expansion, is getting people to level 85 and the end game/new expansion. This is were the action is, and that is were the new content will be aimed at. Grimmtooth argues that the experience is too fast and soulless, with only limited numbers of people available for instances and the zones being outlevelled too fast to complete. Grumpy Elf argues that new starters would not get the full levelling experience and that would detract from their enjoyment because large parts of the game will remain hidden and rounding the characters off with a full set of professions is difficult due to the high level scavengers that are flying around Azeroth claiming all the resources due to CRZ. CRZ is not a popular function at the Grumpy household, and I have a certain sympathy with what he is saying. I am currently levelling a Panda Monk in Dun Morogh and Loch Modan, and whilst I have found sufficient herbs, I am really struggling to find mining nodes.

I am in a rare position in the fact that I did Loremaster I and II in Azeroth. Loremaster I was pre-Cataclysm and Loremaster II is post-Cataclysm. I miss the old world, but the questlines are so much better in the post-Cataclysmic world. Levelling to 60 used to take several days played and now it takes several hours.

World of Warcraft has evolved with each expansion, and there are natural rest gaps at level 60, 70, 80 and 85 were the endgame was implemented. A new starter is not expected to sample all of the delights that we spent 2 years at a time trawling through.

So Why is XP so easy to come by and do we want an express levelling service? Every expansion brings new Classes and Races, and with the exception of Death Knights they all start at level 1 in a starting zone with the aim of accruing levels in a timely manner until they reach maximum level. Most of these newly created characters are alts, and by that very definition it means that somebody has already worked through the content once already. Do they want to spend 60 days played to get to level cap? the answer is no way. Do they want to see all the content on the way up to level cap? probably not, but they may want to experiment in their levelling experience. With every expansion the XP required to level goes down but that is not full story in why levelling is so quick. We have multiple ways to add to the accumulator:

A new starter will be left in the wake against an Alt. So if Alts are designed to be levelled quickly, why not have a paid service to fast track your Alt to level 85 and leave the levelling speed at a more sedate speed for those that wish not to spend their money in this way, or just want to complete every zone that they start without the quests going grey. Grimmtooth goes further than this with removing CRZ and making mounts and pets Soul Bound. I personally like the pets and mounts being Bind on Account  and would go further by having shared Reputation, and Blizzard has ulterior motives for making sure CRZ works. They need to downsize the number of Realms they currently running but they also need to make the Realms seem full and vibrant. It is quite obvious that if MoP cannot dramatically increase subscribers then the current trend will always be for reducing subscriber numbers and that WoW has already peaked at 11 Million and the only way is down.

The levelling process through the expansions is also very skewed:

I personally don't want to level slowly, and I am prepared to do this in any way I can. I expect the zones to be outlevelled very quickly and I seek only the end result. I have done it 10 times already and just want to get it over with. I do also appreciate that levelling for fun is no longer an option. It is sad to see but Blizzard has already had it's money's worth out of the content and you are expected to fly through it to get to the shiny light at the end of tunnel.

Dailies, Valor and Other Things

At the end of the tunnel we have a mountain of dailies and 100 different ways to achieve 1000 Valor a week. You need valor to buy gear, but with without reputation you have nothing to spend it on. Everything is open but the whole system is gated. There is gating to reputation and gating to Heroics and LFR. Fortunately PvP gear is now acceptable for PvE and they start at 450. Heroics are gated at 450 so it is still difficult to get into Heroics which are still the main source of Valor capping. Blizzard believe that Valor is safeguard against a bad streak of luck, but I would argue that people still rely on valor gear heavily for gear, and now for upgrades to gear, which are rationed at one every 2 weeks.

The dailies are not very well designed, with the Tillers and Anglers being easy and fun but have no gear. The Klaxxi is ok, The Golden Lotus is far too long and bottlenecks 2 other factions. The worst of the bunch is Shado Pan which is just damn difficult, luckily they like you before you start your dailies.

The Patch 5.1 Quest Hubs are much better in terms of speed of reputation and variety with the quest line woven into your development with the Faction.

As Big Bear Butt states, get used to the dailies they ain't going to change any time soon, and besides there are more coming in for the imminent Patch 5.2

The design of dailies is not the issue it was the implementation of some of the Factions. The need to be more like Operation: Shieldwall and less like Shado Pan or Golden Lotus.

Gating and Valor caps are creating hoops for us to jump through, but the one aspect they are promoting is regular play rather than gorging on the biggest rewarder of Valor, so they are tempering our urge to shotgun Heroics, not that is very feasible unless you are a tank.

The system is essentially working ok, but playing Big Brother on our time and activities could backfire quite drastically. Blizzard need to keep the content flowing, but limit the rep grinds to one or two a patch and we might just have cracked the widespread panic caused by unlimited dailies.
Posted by Bob at 16:53