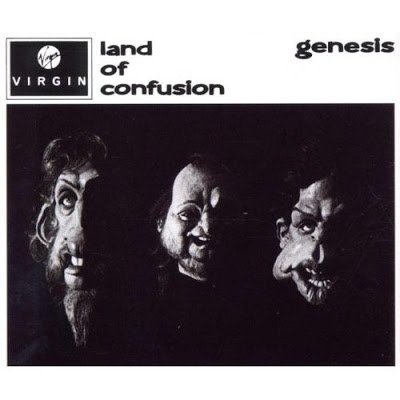 2 Posts have struck a chord with me recently. The first was the Godmother with Find Your Smile, which did not go into specifics, but it did mention that "Nothing's changed with the game since yesterday: the problem is me." Now it is not my place to even guess what it going on with the Godmother but sincerely hopes she finds her mojo, or whatever is bothering her.

The second post was from the Grumpy Elf, and yet again Grumpy is bang on the nail with some Blizzard design flaws. Blizzard's design philosophy reminds me of some of the better American TV shows of the last 20 years. They start with a plot for the pilot and the first few shows and then make them up on a weekly basis. If the show extends into several seasons then the plot goes askew because they had a start and no ending, examples of this are the X-Files, Lost and Heroes.

Blizzard have over time, refined, changed and not settled on a philosophy for over 8 years. They call this evolution but undue tinkering maybe the issue. Take for instance the Raid philosophy over the years:

The problem is they fluctuate from one side of the spectrum to the other without ever finding a sensible middle ground. One example of this is WotLK in which Call of the Crusader, (or whatever it was called) had no trash, and 4 tiers of difficulty with different iLevels on the 4 raids. Blizzard decided to introduce lockouts in an attempt to control player behaviour and reduced the gear to 2 sets of iLevel gear. The result was total freedom to choose how many times you could raid in a week to a restrictive once a week By the time Icecrown Citadel was the current raid, the player base had multiple alts to raid with due to the ease of gearing alts to endgame content by bashing out as many 5 man heroics as possible, in very quick instances (5 to 10 minutes was not uncommon ).

Cataclysm was supposed to be Alt friendly but they introduced gated content in several places which slows and deters people from grinding out the same content again, and again and again. The 5 man Heroics went from 5-10 to 2 hour marathons through the Zul's in a war of attrition of find a tank and healer who would stay for the duration.

Mists of Pandaria, was designed with the philosophy of plenty of end game content, which is all supposed to be optional. You simply choose to do what you want to do, when you want to do it. The problem is some of the options are not optional and are totally mandatory, resulting in repeat activities required to be undertaken every day, with no ability to shortcut the exercise.

Reputation is not optional, dailies are not optional, can you afford to not tend to your farm, in terms of resources or money, 1 LFD and 1 scenario a day, weekly LFR and Sha of Anger. The gear drops seem to be poor and psychologically who wants good Blue gear when you can have Purple Epics.
Valor must be capped each week in order to upgrade or purchase new gear.

Honestly I can not see a way of getting gear other than through valor at the moment and the accumulation of an item every fortnight is just too much like hard work.

I like to accumulate lower end gear quickly and when it becomes difficult, or hard work, I tend to move on to my next alt. On an effort versus reward scale I want lots of reward for a small amount of effort, and I can then duplicate the effect 10 or 11 times on all my alts. Being stuck with one character for the whole expansion is not my idea of fun. I want to do my bit for the community too, I have no Tank and my main is a ranged DPSer, but I do have 4 alts that like to heal, and I have not the method or enthusiasm to do it under the current system. 5.2 will not bring any respite and no shortcuts.

When faced with the same inability to gear my alts or raid on my main, my choice in Cataclysm was to PvP. In MoP I have elected unintentionally to tune out and drop out. If dailies have become mandatory, then I have chosen to do something else. At present I am levelling a Panda Monk, after that I have an entire stable of other alts and I have yet to even touch Pet Battles.

The Grumpy Elf also identified that the easiest way to gear for PvE is through PvP. This is a weakness in the design and now that PvP are additional to the iLevel not instead of, they become genuine alternatives to the PvE gear. Honor and Conquest gear is achieved relatively easily and in the past I often done old content to cheat the system. This includes doing the PvP quests in the Grizzly Hills for a whopping 55 Honor a day for killing 10 Orcs. and then moving done to the harbour to complete the other 3 quests. Added to these quests is Wintergrasp and Tol Barad. The bigger Battle Grounds like Alterac Valley and Isle of Conquest,  offer places to hide for those less initiated in the art of PvP. Lets face it crafted PvP blues are going to ensure that you do not get to see much fight time, and it is better to sit and wait on Noob Hill (do not sit or even worse dance, as you will only upset the veterans).

Right now the game is starting to look like early Cataclysm did. Remember the peak numbers of WoW subscribers came at the start of Cataclysm not at the end of Wrath of the Lich King. Mists of Pandaria was given a good honeymoon period before the criticism started, but I seriously think that patch 5.2 needs to be a good one if they are not going to get a big drop in subscriber numbers again.

Having taken several weeks off to level a Monk, I am much less stressed about doing dailies. Dailies are not the problem per se, it is the routine that you get into to complete your To Do List. Everybody eventually rebels against doing the same tasks everyday for a long time, this is one of the reason why we as humans need to take a summer vacation. If School years were made up of 30 weeks straight with no breaks, then kids and Teachers would be hitting each other with sticks by the end of it. Now Blizzard does not make us do the same tasks everyday, but they do provide certain incentives to do so. I am not forced to logon with 4 max level characters, tilling and sowing and harvesting my crop, but the missed opportunity of not harvesting 16x4 plots on my farm of Enigma seeds or Songbell seeds.

Ann Stickney at WoW Insider recently argued that Daily Quests must go, not because they are bad or because she does not like them, but purely because it is not compelling content, and we have enough other things to do. Reputation grinding via daily quests, when we have had it so easy with Tabards and chain running Heroics for 4 years. The result of these two expansions left me personally with green reputation bars, when compared to vanilla and Outlands I have plenty of gaps in my reputation bars. Ann also points to the 5.1 quest hub as being a very good implementation of Dailies interspersed with storyline,  I totally agree with this point and also made the same argument here.

I recently read The Queue on WoW Insider were someone wrote in and asked a question about running Operation:Shieldwall for a second time and the rep gains from the commendation. The writer was very dismissive asking why anyone would want to do this content a second time on another character. I thought this was a strange response, because of all the current Daily Hubs this is the one that I would do on multiple characters because the valor rewards are so much better than the pre 5.1 rep grinds.

World of Warcraft wants to be all inclusive and yet the contradictary behaviour of Blizzard shows they are making the episodes up as the go along, there is no joined up thinking at the moment and we can expect more mood swings from the developers in all aspects of the game.

For now I am going to keep my head down and play the game my way and at my pace. Remember when you are in LFR and waiting for a healer, I have 4 of them but Blizzard does not want me to play them any more.
Posted by Bob at 12:59

Email ThisBlogThis!Share to TwitterShare to FacebookShare to Pinterest
Labels: State of Play