The Outlands feels like a comfortable pair of old slippers. The zones may not be as polished as Pandaria, but there is a homely feel about the place. The XP rewards are excellent (if you want to level quickly), but the mobs seem to die a hell of a lot quicker than I remember. The Fel boar used to be a challenge at level 58 and it was very important to avoid being double teamed by the orcs whilst collecting wood and metal. Now unfortunately it is just a roflstomp through the zone, with multiple mobs being a requirement not a hindrance.

Traditionally I have been involved with people who would offer to drag your worthless carcass around the Hellfire Ramparts, in a whirlwind of death, carnage and mayhem. I tentative asked a friend if he was busy, and after he had completed a LFR, he appeared in Hellfire Peninsula all set to commit Genocide on the Outland Orcs.

It does not really matter which class you run this instance with, because the AoE damage is a one shotter for even the Bosses. I had enough problems trying to loot the bodies and keep up with my friend on his Frost Mage.

I have not done any of the old instances for awhile and was very impressed with all the quests being neatly contained within the instance. After about 2 minutes with the second boss down I noticed that I was not the only person with an achievement for Hellfire Ramparts. Oov has a stupid amount of alts (nearly as many as me) and must have skipped instances when levelling through the Outlands on this character.:

The third boss died a little quickly, so quick in fact that Oov killed the dragon before the rider had dismounted, rendering my quest as incomplete. As an apology I was dragged around Blood Furnace and a second trip round Hellfire Ramparts.

I noticed during this time, that I was far more comfortable in Ramparts than Blood Furnace, and it got me thinking as to which instances I have enjoyed over the years. The following is my list:

Best: Uldaman - This brings back happy memories for me. I am not sure why, because the original design was shocking, with something like a 8 level gap between the entrance trash and the final boss. Either you are too strong for the start or hideously out of your depth for the last boss. Still I always enjoyed this instance, you can't beat killing a room full of Dwarves dressed up to look like Billy Gibbons from ZZ Top. Other notable highlights are Deadmines for being the first and Shadowfang Keep for making a skinner earn his keep. Worst: Maraudon - I can only liken this place to having someone put a bag on your head, put in a car and driven around for 30 minutes, then put in a cellar and then asked which way is North. People where known to lose the will to live just finding one of the two entrances.

Best: Underbog - This was just a crazy mixed up instance, with tight packs of mobs 4 wacky bosses and plenty of herbs and skins for everyone. Sporebats and Naga, it was a strange drug induced trip. 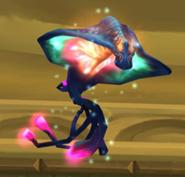 Worst: Shattered Halls -  The Burning Crusades had some tough instances but this was tough, if I remember correctly it had gating requiring a certain reputation with Honor Hold. The normal version was harder than the Heroic versions of some of the others. The Gauntlet and the Slime Pool just left me cold.

Wrath of the Lich King

Best: Drak'tharon Keep - WotLK required us to run a daily Heroic and thankfully they had a good bunch of them. This was quick and easy and a lot of fun, except for waiting for the end bit with the inevitable appearance of the LK himself. Running out of the instance was fun dropping down the water sections, unless some wisecracking DK turned on Path of Frost.

Worst: Oculus - Possibly the most hated instance ever. WoW is about heroes using the skills they have learnt over time. Riding on the back of a dragon and fighting with strange spells was a complete disaster. This kind of instance will never appear again, just like an entire zone under water. 3D combat in the air or in water just does not work. Even nerfing the place and extra rewards kept many people out of this instance.

Best: Hour of Twilight - This is my winner, not because it was good, but because I didn't mind doing it and the rewards were very good. This was the last of the instances introduced with patch 4.3 and all 3 were better than the dross that had preceded them.

Worst: Zul'Gurub - This was the worst instance of a bad bunch. This instance took longer to complete than a raid. Zul'Aman was slightly better only due to the fact that the timing was far less than Zul'Gurub.

It is still too early to make any decisions on the current expansion but I would be interested to know what people think of the current Heroics. Please let me know which the fastest ones are.