Get It Right Next Time 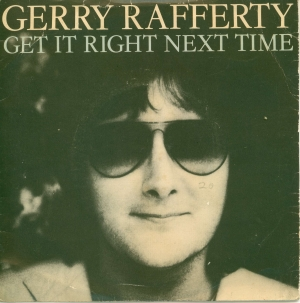 I only play Alliance, so I am only guessing that the Dominace Offensive was as good as Operation: Shieldwall. I really enjoyed the reputation grind if that is possible, with the exception of Ruins of Ogudei. I have discussed the problems with the Ruins before so it is a surprise that I found that the rest was so enjoyable if one quarter of the grind was unplayable.

One of the reason it was a success is that the length of time to complete from Neutral to Exalted is totally acceptable, and with the additional storyline it tells a tale and drags you along as well as providing a huge chunk of reputation. The double rep gains from the commendations will make this a must for Alts to complete especially as the rewards are superior from the original Factions. With iLevel 496 Rings, Trinkets, Belts and Boots, compared with iLevel 489 from doing the painful Golden Lotus.

The Golden Lotus grind is not difficult it just involves a lot of quests for very little reward. When you have finally got to Revered status you need to complete in the region of 12-15 quests in 3 different areas. I remember being so disappointed turning in the Ancient Guo-Lai Cache Key and finding a Relic of Guo-Lai. The tooltip says "destroy the vile Mogu Relic to earn the favour of the Golden Lotus. The disappointment comes from how much favour it earns (150 base reputation) which seems a dreadful reward for your efforts.

The Golden Lotus also has a storyline running through it, but it appears to be no different than the hundred other daily quests in the area, and so lacks the impact that Operation: Shieldwall attains.

The most depressing part of the Golden Lotus is the fact that at Revered you open up another 2 factions, to grind up with. This is just too depressing to even contemplate.

A couple of months ago the Grump Elf was kind enough to compile the list of reputation grinds that are available, or have been used by Blizzard at one time or another. I personally was never a big fan of the Rep grind for shoulder enchants, due to having a full stable of Alts. The exception to this was the Sons of Hodir which had an initial long quest chain, which took you from Hated to Friendly and then rather than doing dailies you could hand in Relics of Ulduar, which appeared everywhere and could even be purchased on the Auction House.

Reputation by Dailies alone is a recipe for disaster. Reputation grinds should not take more 14 days to complete and there needs to be tangible progress. 1000 rep a day is utterly soul destroying, when compared to the Tillers you get nearly that by digging up some plants.

The Golden Lotus, reminds me of the Molten Front, where you have do the initial quests, then the middle quests and then the final quests, every single day. Once you have the reputation you should start at the appropriate zone 1,2 or 3. If made to do the same zone repeatedly you will get very bored of zone 1, whilst still wanting to do zone 3 because it is still relatively fresh.

Scenarios maybe one way in which the grind could be improved by having a daily or once only reward for completing a scenario connected to a particular faction, for example something based around the Monkey King could have worked for Operation:Shieldwall.

In my opinion Blizzard got some of the original MoP reputation grinds horribly wrong, and have got the new one absolutely right. Let hope for patch 5.2 they get it next time.
Posted by Bob at 17:33