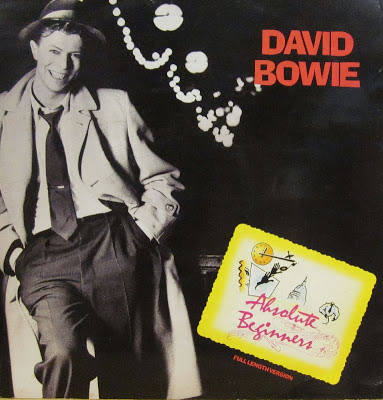 8 Years playing, and still I have some absolute noob moments. In my attempt to level my Panda Monk, I have had a relatively seamless transition between the old expansions. That was until I pitched up at Hyjal.

On arriving at Hyjal the first quests send you off to kill Elementals, find some berries and kill 4 hidden orcish dudes. Having smashed all in my wake, I karate kicked my way to the elementals. Wow do they hit like a train and how many Hit Points?

The problem was of course one of stat inflation, which after an expansion of rampant gear inflation in WotLK it is not a surprise. Having only quested through Sholazar Basin, my gear was in the region of iLevel 162. If you look at the weapon below this is something like the one I was using. 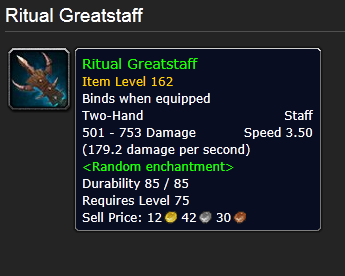 When cataclysm launched 2 and bit years ago, everybody would have been sporting at least iLevel 200 Epic weapons. Typically something like the transmog favourite the Staff of Trickery from the Heroic Violet Hold. 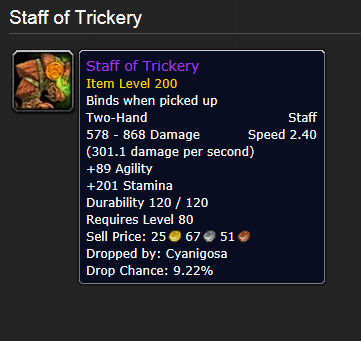 Alternatively from the Forge of Souls, it was possible to obtain the Tower of the Mouldering Corpse (lovely name). This was from the first of the three Heroics which dropped with Icecrown Patch and was very doable even with LFD. 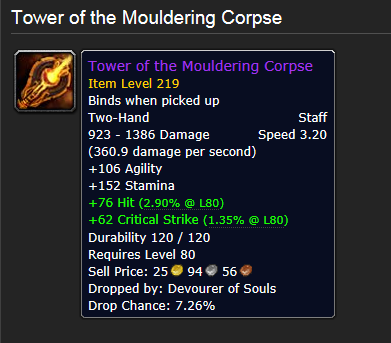 These items do not compare in any way, shape or form. Even if you ignore the large increase in base stats like agility and stamina, the biggest leap is in the damage per second, with a doubling of the base DPS. Even as a linear increase this should result in the Elementals dying twice as fast. Sadly I did not work this out until I received the following as a quest reward. 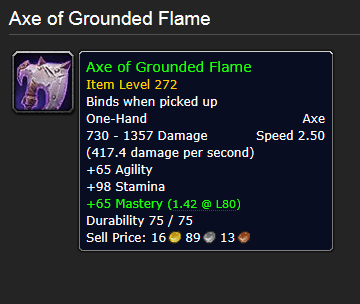 More than double the DPS and I was swapping from a 2 Hander to a 1 Hander. The worst part of all this, is that at level 80 there is a quest to continue your training to be a Monk. The quest reward is the Bladed Staff of the Echoing Gong. 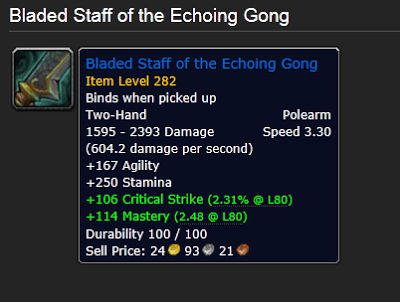 After that there is no problem in Hyjal, and everyone will run away in terror as soon as you approach.
Tip for non-noob moment, complete your training ASAP, it's worth it.
Posted by Bob at 14:18

Email ThisBlogThis!Share to TwitterShare to FacebookShare to Pinterest
Labels: Noob