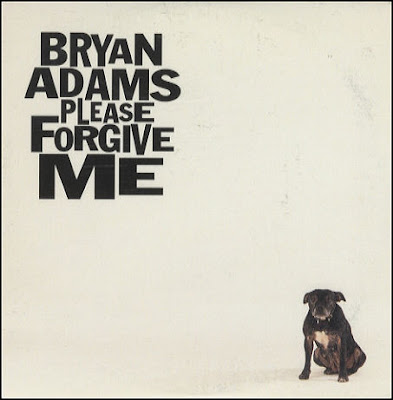 I do apologise in advance, I am feeling a little narky today due to the fact that I nearly died on my commute into work today. My journey is 30 miles (48 Kilometres) and the trip is 90% motorway driving. My car is a small family car and I personally have a problem with big petrol guzzling 4x4 monster trucks when the people who drive them live in Cities and Towns and never need to go off-road or up steep inclines.

Today one such vehicle decided it could muscle me out of the way, and when he eventually passed I gave him a salute to inform him of my displeasure. In retaliation he nearly took the front wing off my car and after I used my horn he decided that a quick lesson in emergency braking was the order of the day. This manoeuvring all took place at 80 MPH and his monster truck was only a few feet in front of my car at the time. Thankfully I was alert to the situation but I could easily have been dining on Hospital for several weeks after this stunt.

This is my current state of mind. I often try to think of blog posts on the way to work and unfortunately I am out of ideas and besides my thoughts turned to just being glad I was alive. This morning at work I turned to the internet and wished the Godmother Happy Blogging Anniversary and then got angry again with Matthew Rossi and his WoW Insider post called A Game Frozen In Amber.

World of Warcraft has evolved, changed and got better in many ways, but it is the design philosophy that is the problem, they listen to intensely to the noisy minority and jerk and veer off in different directions. The first example I can think of was when I was levelling a Retribution Paladin during the Burning Crusades era. Ret Pallies were considered by many to be an absolute joke, and I was struggling through the zones. Blizzard realised that there was a problem with mana, for a class that ultimately uses muscle to hit things over the head. The change they made was legendary, and turned Pallies into absolute gods, they couldn't burn through their mana and had a permanent Blue bar so they could use any spell they wanted without any recriminations. This was OP on an Epic scale and of course it didn't last long, before they were, "nerfed to the ground baby."

The Devs are very good at identifying problems, and terrible at implementing them. They swing from one viewpoint to another until they they hit a sweet spot, instead of trying to implement smaller incremental changes. Some design philosophies never even materialise, as a backlash against cutting edge Raiding teams stacking certain classes, Ghostcrawler coined the now famous, "Bring the Player not the Class." This would only ever work if the classes were more closely aligned, more so than even Frostheim would have us believe. In the past very few people would respec for alleged  performance gains, but the Raid Logs are freely available these days and the herd will gravitate to the best DPS spec. When Fire Mages were singing ass at the beginning of MoP, the percentage of raiding Fire Mages was about 90%. When Fire was nerfed and Arcane buffed the figures began to level out. Bring the Player needs equality and viability throughout an expansion. It is no wonder that Ghostcrawler quietly stop using this quote.

"The Hybrid Tax", was another of Ghostcrawler inventions, and I have already ranted way to many times about this concept for my own good. In the days before I discovered Restoration Shaman, I loved playing both my Hunter and my Mage. I was Beast Mastery and Frost for the record, and if any 2 classes have been treated more shabily for so long I am unaware of it (hold your tongue Ret Pallies). When the concept of the Hybrid Tax was first mooted, it made absolute sense to everyone except for Boomkins. The concept was a simple one, if 4 of the classes can only do one role in a raid (DPS) then they should at least be able to more damage than a Hybrid class. Never in a million years did this ever come to fruition. The result was that in terms of popularity Rogues and Warlocks have both had some very lean times.

The list goes on and on if you start adding in gating, reputation grinds, dailies, Heroic difficulties, tokens, PvP rewards and alts. Patch 5.2 will do very little to address some of the issues facing Gearing and alts. The recent Blue Post from Ion "Watcher" Hazzikostas, had me screaming from my padded cell, they now think they have got Stat inflation under control. If this is the case why does the average new level 90 do about 20K DPS whilst a raider will easily pump out 100K, if that is under control, then I wonder what out of control looks like.

I could go on and on all day, but I think it is probably better if I turn off the light and put the pillow over my head.

I forgot to say I read this at WoW Insider and it is an interview with a WoW Insider groupie called Revynn. The following sums up exactly how I feel at the moment:

"What do you find most captivating about Mists? What keeps you playing?Concerning Mists itself, it's hard to say. I've largely enjoyed the expansion so far and I feel like this is one of Blizzard's best raiding tiers, but the early grind to get to 90 and geared followed by a gated rep system that felt more like a job than a game has me a bit burned out at the moment. I still love the game and I don't plan to leave it any time soon, but the idea of going into LFR, grinding heroics or questing through Jade Forest again makes me a bit nauseous."
Posted by Bob at 15:50

Email ThisBlogThis!Share to TwitterShare to FacebookShare to Pinterest
Labels: Evolution