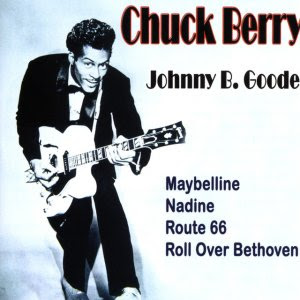 The story has been floating around for several days, and it is still only a twinkle in the developers eye, and for that reason I didn't take too much notice. Yesterday Grimmtooth spoke out about it and I don't think he is best pleased. The subject is the Blacksmithing Levelling Revamp current sat on the 5.2 PTR.

The plan is for budding Blacksmiths to be able to skillup on Ghost Iron, instead of farming or buying all the ore types on the path from 1-85 which I have just done on my Monk. The levelling Blacksmiths are one of the reasons for a fairly bouyant market in ores from copper up to saronite and it provided enough money all the way up to super duper Flight skill  at the princely sum of 5000G after already forking out for Cold Weather flying. Without that market in ores I would have struggled to make that kind of money, without a sugar daddy to bail me out.

The effect on the economy will to reduce the value of all other ores and push up the price of Ghost Iron Ore, and this will attract the attention of the botters and will bring them into Pandaria, and will make Ore more scarce for the average person.

My original stance when they introduced the express cooking skill, was why are they doing this? it is not hard to level cookery. The answers have emerged over time and one of them was a little bit of surprise.
My other argument at the time was why should cookery be treated better than other professions? This also proved to be unfounded because cookery is now express service from 1-525 and the slow boat to China from 525 - 600 with the huge investment in the Way of system.

My question is why does Blacksmithing need this assistance now? Is there a shortage of Blacksmiths at max level? and if there is, then maybe this is because the crafting professions have been shafted for so long and people are so fed up of making belt buckles as their only source of income.

This requires action so as not waste precious Valor points. In my case my Hunter got the very sexy trinket from Operation: Shieldwall 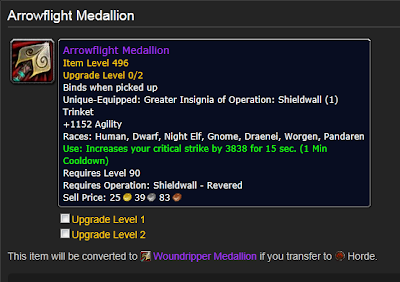 This was a leap from an iLevel 427 Green item to this very nice upgrade (No stat inflation there then).

My only other character with any Valor to lose was my Shaman, who unfortunately has no reputation with any faction to allow him to purchase any Valor gear. The result is that I need to move quickly to acquire enough Valor points and accrue enough reputation with Operation: Shieldwall to purchase some iLevel 496 gear.

The only other factor is when the patch drops, and I am guessing that is towards the end of month.
Posted by Bob at 12:17