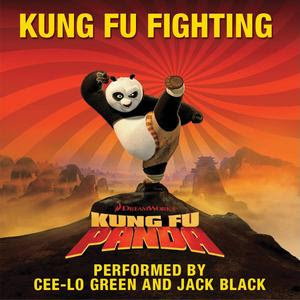 I might have mentioned before that I am currently chilling out with my Level 41 Female Pandaren Windwalker Monk, "Eatshootslea". I created her on the Expansion night and rarely went back to check on her except to use up the occasional rested XP.

The starter zone I did very slowly and with a fair chunk of rested XP, although you don't start accruing proper rested XP until you can park up in a City or Inn. By the time I had completed the starter Zone, I was level 15 with no professions.

First stop was Stormwind for Mining, Herbalism, First Aid, Fishing and Cooking. For the record, Archaeology is not available until level 20. Next I visited Goldshire and did a few quests in the hope of getting the professions started. With Cross Realm Zones, Goldshire proved to be very poor pickings in terms of Herbs and Ores. I did notice plenty of competition in this area.

Before the Cataclysm, Dun Morogh used to be a very good place to level Herbalism and wasn't bad for Mining either. The zone is not as good as I remembered but there is enough to get started, and Herbalsim soon started to outstrip Mining. Linen cloth drops fairly plentifully and First Aid was keeping up.

Loch Modan was a better location with mobs and quests still yielding XP. The one advantage that Mining as over Herbalism is the skill points for smelting, but by the time I needed to move onto the Wetlands I still unable to mine Tin which would be the dominant ore of that region. In fact this has proved to be the case of all zones until I reached the Western Plaguelands at 40 which means I was at the top end of the zones requirements but the Herbs and Ores are compatible with my level.

My levelling took me through Loch Modan and Wetlands which completed the Achievement, half of Arathi and Hinterlands, before I changed tack and started levelling Archaeology. Now in my opinion the XP rewarded for successfully finding a fragment is very high, at a time when handing in a quest will reward between 3,000 and 4,000 XP, digging up 6 fragments at a site will net in the region 7,300 XP. Now if that digsite is my all time favourite at Dun Modr (Thandol Span) then that is a 2 minute task. The advantage of levelling by Archaeology is not the speed, but the leisurely way in which you can do it. Take a Flight Point, which will allow enough time to watch Television, You-Tube, read some blogs, wash the dishes, take out the trash, walk the dog etc.... Then you can come back, mount up, pick wild flowers, dig some rocks and make your way to the digsite. Find 6 fragments kill any mobs in your way, and then return to the Flight Point to rinse and repeat. I prefer to favour the Eastern Kingdom and like to wait until 3 or 4 digsites appear in Stranglethorn Vale and then complete all the digsites in one go. The twin areas of North and South STV also provide an abundant supply of Herbs and Ores and animals if you levelling skinning.

The Monks class suffers from all the usual melee class issues. Standing toe-to-toe with your foe always seems like a mashing of the keys exercise and the Monk class does not disappoint in this respect, it does however have an autoattack which was a worry when the Monk class first appeared on the test realms. Not wanting to appear a total noob I have just a quick check on Icy Veins and it appears that Level 30 to 39 I have worked out the rotation all by myself. The Monk class plays similar to Rogues, substitute Sinister Strike for Jab and you have your goto move. Two jabs and your ready for some action. Tiger Palm, will buff you with Tiger Power, the standard damage move is the Blackout Kick. Fist of Fury is on cooldown and is normally available every other mob and is absolutely brilliant with a great animation sequence of a series of left and right jabs to the face and whats even better is that it will pummel multiple mobs at the same time and applying a stun for 4 seconds.

The basic toolbox is 4 buttons, but there is one more surprise in your arsenal which Touch of Death. The tooltip for this spell is "You exploit the enemy target's weakest point, instantly killing them."
If you have not played a Monk, you may want to re-read that tooltip again, and yes it really is that good. It does come with one small caveat, "Only usable on non-player targets who have equal or less health than you." If the target of your affections has a large amount of Hit Points, then punch and kick him a little bit before doing the Vulcan Death Grip. It is superb for those mini-bosses and mobs that have an exclamation after their name. If there was a Hunter equivalent spell it would be something like, "Shot between the Eyes".

The last abilities that Monks have that I really love are Flying Serpent Kick and Momentum. These abilities are brilliant for Archaeology, if your marker is Red, then point in the right direction and do a Flying Serpent Kick, I have no idea what the distance is but you will, "Soar through the air forwards at an increased speed." If the marker is yellow then Roll will probably take you to a point where the marker will turn green. It is a a joy to use these abilities in this way.
Posted by Bob at 16:12