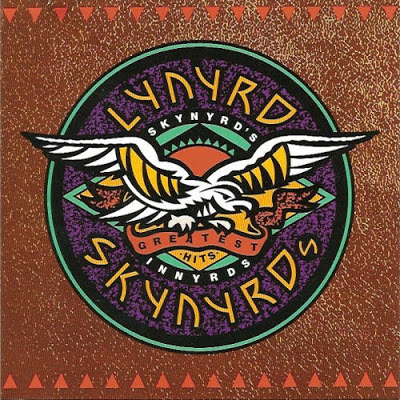 Levelling cooking up to level 300 as always been problematic. The problem is the last 30 or so skillups. Using the CraftersTome as my bible, it would appear that the last vendor recipes end at level 250, which suggests that they are unlikely to be still green at level 300.

In Vanilla WoW we had all the time in the world and as part of levelling we would visit almost every zone, and on some quests we would even be sent on FedEx quests all over Azeroth. Now the quests are streamlined and the number of zones we are required to visit is vastly reduced. This is why keeping cooking recipes on a vendor in Feralas does not make any sense any more. I didn't even go to Kalimdor when levelling.

The other issue is that recipes are predominantly Fish based, so unless you have kept your fishing skill at a similar level to your cooking, because the only pools at the top end I could find were for Stonescale Eels. I doubt there are many Goblins on your realm that are fishing and selling Large Raw Mightfish, Darkclaw Lobster, Raw Whitescale Salmon, or even Winter Squid.

I could choose to wait until I can get to Pandaria and skill up cooking all in one go at Halfhill, but why should I waste all the Ravager Flesh, Buzzard Meat and Clefthoof Meat that I am going to collect in the next 10 levels.

In order to complete my cooking up to 300, I sent my Druid to Booty Bay to fish for Raw Spotted Yellowtail, which proved to be not high enough for my requirements, so moved to the Blasted Lands to fish for Fillet of Redgill and Large Raw Mightfish. This area also proved to be not what I was looking for so I moved to a secluded beach between Blasted Lands and Swamp of Sorrows. This area gave a wide variety of fish and clams, but unfortunately I collect a large quantity of Stonescale Eels at the same time.

In order to use up all the fish I had caught I neede to look up the recipes for Darkclaw Lobster and Raw Whitescale Salmon. Google stated vendor Feralas and the one comment indicated Camp Mojache. Using that logic I assumed Feathermoon Stronghold would be the place to go. I dispatched my mage to Theramore, and nearly broke her neck when she fell from the non existant Tower (Thanks Garrosh) and then flew to Feathermoon. I spoke to every vendor in the area with no luck at finding the recipes and then flew to the encampment south of Dire Maul, still no luck.

Back in Stormwind I decided to buy off the Auction House and was stung for 175 Gold for a 2 Gold recipe (ouch). In the end I had wasted too much time to justify carrying this charade.

The result of fishing for 10 minutes in 3 spots, flying to Feralas can be seen below: 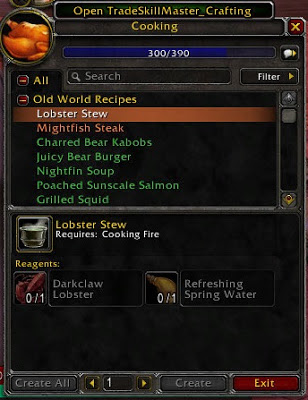 I am really quite annoyed that I should have had to do this to level a secondary profession, and I am very annoyed for being fleeced for 175 Gold. This can be so easily fixed by Blizzard, but as Grimmtooth pointed out they are only interested in current content, and the old stuff and bug fixes can stay as they are. This is not a good model for new starters to encounter.
p.s. The vendor in Feralas is Vivianna and I have no idea how I managed to miss her.
Posted by Bob at 15:49

Email ThisBlogThis!Share to TwitterShare to FacebookShare to Pinterest
Labels: Cooking