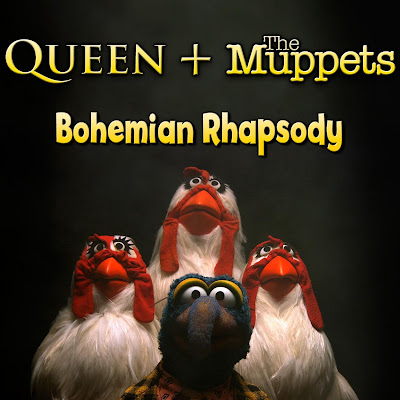 My Panda Monk has finished with Azeroth for at least 2 expansion. I have levelled to 58 with a full compliment of professions, in an attempt to prove or dispel the levelling issues that are believed to exist in the game now that the levelling speed is supersonic.

My chosen professions are:

One of the catalysts for this experiment is the Grump Elf who discussed the issues with new players and would you recommend Warcraft? I have discussed some of the early problems that I faced trying to start the professions at level 15 and how this created a constant game of catch up.

The zones I quested in to reach level 58 were:

All the zones were relatively quiet with the exception of  the Blasted Lands which was swarming with weekend players levelling Panda Monks. Warning the masses are coming, it might just take some time to filter through.

The requirement for mining Fel Iron Ore in the Outlands is 275, so in terms of hitting the mark it fell slightly under. The Blasted Lands was too busy for levelling on Thorium ore. I was able to quickly level this by flying to Ungoro Crater and riding round the outer rim which is the shape of a bowl with mountains all the way round. The zone was predominately Thorium which has changed from vanilla when Mithril was the dominant ore. Smelting of Thorium also produced the occasional skillup.

Herbing is the biggest winner from this little exercise which means I am almost 10 levels above were people started the original TBC expansion. Blasted Lands and the Outlands share a number of herbs due to the cross-pollination through the Dark Portal.

An abundant amount of cloth at all levels made levelling relatively comfortable. The big win was the number of Humanoid mobs in the Blasted Lands, which dropped a bountiful supply of Runecloth. There was no real bottleneck and the process was fairly natural. This of course would not be possible if you levelled Tailoring at the same time.

Naturally the biggest loser in terms of progression was Fishing, I levelled to 100 which I believe is the minimum requirement for fishing from pools. I did a few dailies to up the level and fished in a number of Greater Sagefish pools in the Eastern Plaguelands.

283 fell slightly short of the requirement for being able to view Outlands digsites. I visited 3 additional digsites due to Dwarf and Troll both deciding to offer only Rare items and I need 100 fragments. In the end I was well over the requirement at 317, with 4 digsites available in Hellfire Peninsula it should be relatively easy to reach 375 in 10 levels.

Probably the biggest disappointment is cooking which suffered severely with recipes being in the hands of Vendors and not Trainers. I choose not to deliberately seek out vendors with the exception of the Quest Recipe vendor in Stormwind. Early on Cooking was not a problem but there was a real problem around 200 when I was probably killing more humanoids than beasts, which is why Cloth was not a problem and food was.

I visited the vendor in Booty Bay who sold 6-8 Fish recipes, so in order to get over this hurdle I will need to fish for Spotted Yellowtail before I can train the recipe requiring Bear Flank which I have a few stacks of.

With a few minor detours I could have levelled to 300 and increased my fishing in the process, but for a new player this would be a real problem, and in my opinion the vendor recipes should be given to the Trainers instead of being issued all over Azeroth.

Whilst not being a million miles away from the objective of hitting 300 on all skills, I did choose the easiest professions with the exception of Skinning.

I think it would have been impossible to level Blacksmithing, Tailoring, Enchanting, Engineering and Jewelcrafting on the resources available.

Ultimately there are consequences to levelling at supersonic speeds. One is never completing a zone and the other is professions lagging behind. If I had done some instances en route I hate to think how disjointed the process would have been.