Undercover Of The Night 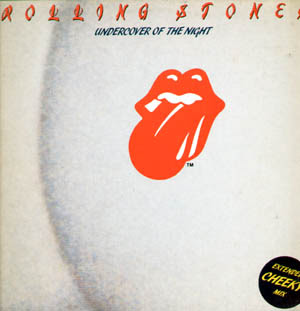 Last night was a change of pace from the usual Rep Grind. I thought it was about time I became best buddies with Lorewalker Cho. It was supposed to be a one hour to Exalted romp, but I am guessing that you already know that is not how it turned out.

I decided to use the WoW Insider guide, which contained all the information I needed but not necessarily in the correct order. The guide uses a map of the best route, but the co-ordinates are in story order not in flight order. The other major stumbling block was working out which sites I had already visited.

My first issue was that the co-ordinates on the on screen map work better if there are no quests outstanding in the zone. The only question mark was at the Arboretum in the Jade Forest, which it turns out was the prequests for the Order of the Cloud Serpent. I decided to tackle all the yellow exclamation marks and would stop when I got to the Dailies.

Next interruption was the nearby digsite, which resulted in the completion of the Spear of Xuen. These weapons are Bind on Account and can be used by multiple characters in the leveling process, I was very excited as a Hunter until I remembered that they don't use Polearms anymore. The only other user of a two handed agility weapon is a Druid, and I play balance. Disappointment all round.

Luckily I was able to concentrate on the job in hand and completed Explore Jade Forest, Fish Tales and Hozen in the Mist.

Moving onto Krasarang Wilds, I picked off the missing stories, but probably not in the most efficient manner possible. I struggled to find the cave, which is always a problem with co-ordinates and is one of the reasons for the universally hated Vashj'ir in the Cataclysm expansion.

Valley of the Four Winds created more distraction in form of the Tiller Dailies before picking up the story in the tunnel in between Mists in the Veiled Stair and Kun Lai Summit. Fortunately you can collect the story without getting off your mount. I have already been daft enough to traverse that tunnel on foot at Level 88.

In Kun Lai Summit, I paid a visit to the Temple of the White Tiger, were I picked up a quest to the do the new version Ring of Blood, Crucible of Carnage etc. This time it stuck behind a Scenario, so just out of curiosity I needed to have a sneaky peak at the Arena of Annihilation. I like the scenario concept and it makes sense to the Arena of Annihilation with 2 other people who want the same goal instead of dragging out a load of Guildies to complete a 5 man quest which most of them will have already done anyway. This is a great improvement for alts, and a nice iLevel starter weapon will come in very handy.

To round of the evening I picked up Explore Kun-Lai Summit and the achievement Ballad of Liu Lang. A very different evening but a real sense of progressive instead of trying to push up a rep bar by a couple millimetres.

By the way, is there anyway to shut Lorewalker Cho up?
Posted by Bob at 17:51

Email ThisBlogThis!Share to TwitterShare to FacebookShare to Pinterest
Labels: Achievements