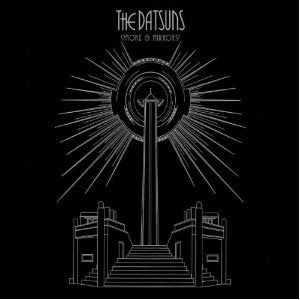 I had planned to write about class balance and the levelling experience in Jade Forest, but I have been distracted by 2 articles by Tobold, "WoW the Single Player Game?" and "Estimate the Challenge Percent". I will try to answer all three in one article if I can possibly stay on the subject and not stray off as I have a tendency to do.

Starting with "WoW the Single Player", the catalyst was the post written by the Godmother about Cross Realm Zones and Blizzard's Public Relations Department. The comment sections picks up on purely the CRZ issues, with the general gist being that nobody likes the added competition or the glitches that accompany the feature.

Tobold reasons that if you don't like the competition, then why are you playing a Massive Multi-player Online game? There was a time before MMO's and most of us are old enough to have been gamers before we discovered World of Warcraft. I personally played all the Warcraft games, and games like Baldur's Gate. For me WoW is merely the combining of these games with the emergence of a technological breakthrough in servers and increased home network speeds. Nobody would play an MMO with a 56K Modem.

Do I want or need other people in my game? Personally the answer is no. I have engineered my game to gain the maximum amount of independence, free from asking Guildies and even worse the general populace for help and assistance. I have all the professions at max or near to max level, and have more gatherers than I know what to do with. The only interaction I need with other people is for scenarios, instances and raids. It can be argued that the Tiller farm and Pet Battles only emphasises the solo end game activities, and suggests that I am not a minority player. Valor can be gained on my own, although the process is of course very slow.

If I need obtain some Thorium or Adamantite ore and the price on the Auction House is extortionate, I will go and farm the ore. Now the point is, I have made a decision that it is worth spending my limited time going to personally obtain the ore, but I need to be able to gather sufficient quantities in a certain timeframe for it to be worth the effort. If Adamantite is the same price as Ghost Iron Ore, then the answer is simple, because I can gather a lot more Ghost Iron than Adamantite, I can sell the Ghost Iron and buy the Adamantite and will have saved myself some time.

Cross Realm Zones are creating competition for resources and as a consequence are causing scarcity of items on some realms. Simple supply and demand economics, demonstrate that under normal conditions, if demand remains the same and less items are supplied to the market, then the price will increase. This can cause an issue for those people who are trying to level a profession at the same time as they are levelling their Pandas with either no nodes available or expensive raw materials.

The second subject "Estimate the Challenge Percent", is based on the theory that the casual majority are doing nothing in the game that is particularly challenging. Levelling is not particularly difficult at levels 85-88 and is only as difficult as the challenge you set. There are no more group quests, like there were in WotLK's  Dragonblight which had at least 5 quests requiring grouping. These group quests have been moved into their own instance and are now called scenarios. The advantage of this is that they are designed to be completed with any mix of characters (with the possible exception of 3 healers and can be repeated if a player wants to. Scenarios also group other people wanting to do the same content at the same time, without the requirement for Guild and General chat shout outs.

The difficulty setting on Heroics as been reduced from the Cataclysm benchmark of healers doing triage and a requirement for crowd control. I believe AoE is back in vogue (please note that I have not done Heroics yet this expansion). A large amount of time is being devoted to dailies, farming and pet battles, all of these have a low level of difficulty. It can also be argued that those who are doing a weekly Looking for Raid are not partaking in difficult challenges.

I am still doing the unfashionable levelling of alts so my percentage of difficulty sits firmly in the 1% category.

On the subject of levelling, I am yet again visiting Jade Forest, and have noticed that the area seems to be much easier than first time through the zone. During the levelling of my Hunter I was getting used to a new toolbox of tricks and found the increase in the power and hit points of the new zone level 85 mobs to be considerably harder than the equivalent level 85 mobs in Cataclysm. My big shots and cooldowns would only shave small percentages off the mobs hit points and of course the respawn rate was crazy with some unfortunate positioning would attract a large posse of mobs.

My last foray through the zone was on my Death Knight and the Jade Forest was a stroll in the park. That appears to be nothing compared to the juggernaut power of my Warrior. My warrior, Dumpyrustnut is fortunate enough to be wearing 3 items of Blue 415 gear, which is created as a proc through Blacksmithing. Having said that I am still only at an average iLevel of 389 which is well below what most raiders would have romped through the zone wearing.

I am finding that even as an Arms Warrior, I want to pile the mobs up high and Thunder Clap and Cleave my way through the assembled foes. If that is not quick enough then Bladestorm is on hand. Either my mind is playing tricks on me or the mobs in this zone have be nerfed. I do not have empirical evidence to backup my claims, but it not unreasonable for Blizzard to make the levelling of alts easier. They are going to make reputation grinds easier with patch 5.1 for both main characters and alts.

To bring all of these points together, I believe that Blizzard have created a single player game, in a multi-player server environment, that is easy to play with a difficulty option only for the most dedicated raiders. This may be the MMO of the future, only time will tell.