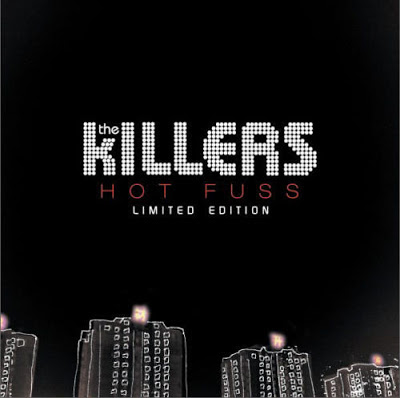 Later this month, I will be celebrating my 15th Wedding Anniversary or Ruby anniversary for those that are that way inclined. As parents for the last 9 years we don't tend to get out much as a couple, but we do like to go to a concert especially in November as treat to yourselves.

This year was a real treat for my wife, who has a particular soft spot for the Las Vegas Rockers, The Killers. Being an old git I prefer to sit down for my concerts these days, but my wife wanted to stand and dance, so I reluctantly agreed to stand. Little did I know in advance I would be suffering from a touch of sciatica caused from decorating the dinning room at the weekend. It was caused by over stretching whilst painting the ceiling.

On Tuesday 13th November I finished work early travelled the 30 miles from one side of Manchester to the other, picked up my wife, after a quick change of clothing, said goodbye to the kids and set off in the direction of Manchester. It is probably the same in every city, but in Manchester they raise the price of parking tickets to ridiculous levels. I only want to park not buy the parking space. Our cunning plan was to park at one of the few Tram Stations that as it own car park, and get the Tram into Manchester grab a bite to eat and go to the concert.

We arrived in Manchester safely but we were running short on time, so no time for fine wine and dining. It was off to Burger King were we witnessed four drunks being forcibly ejected by a very hefty security guard. Maybe they paid his wages in burgers and fries.

I am quite partial to a Burger King but the service in their eateries is appalling. They are the polar opposite of McDonalds. McDonalds offer cardboard food, quickly and cleanly. Being short on time, this was an agonising wait for the food, and my wife was rushing me with every mouthful.

We arrived at the Manchester Arena with 21,000 other happy punters and got our tickets from the box office, so that we could join the first of many queues. Inside the arena is chaos and moving several metres in any direction takes strategic planning. It took 10 minutes to get to the toilets and I was pleased that I wasn't overly desperate.

We then queued to get the tickets checked, queued down the stairs, queued to get a wrist strap tagged, and then onwards towards the stage. The floor of the arena was full of what can only be described as Grummle Packers, with kegs of Fosters Lager, strapped to their backs, and selling a pint for the princely sum of £4.50.

At 9.00 PM the concert started with the lights still on, with the Killers performing one of their biggest hits "Mr Brightside". The arena was rocking and my wife was dancing and spilling other peoples beer with her flailing arms.

Four songs in the music died, and the enigmatic lead singer Brandon Flowers announced that he was too ill to continue. The band walked off to hushed silence.

I picked up our belongings and rushed my wife out of the Arena as quickly as possible. The rest of the audience stayed in situ not believing what had just unfolded in front of their very eyes.

At £40 a ticket that equates to £10 a song, which is considerably more expensive than i-tunes.

If the concert is rescheduled on a night that we can attend, then we will have had 2 nights entertainment out of the same event. If not it was a Great Rock 'n' Swindle.
Posted by Bob at 17:29