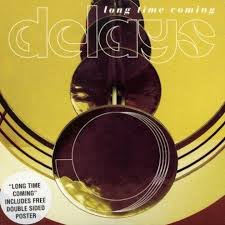 Yesterday was a Season finale cliff hanger. The one big hurdle to jump before being supremely rewarded for your efforts throughout the entire expansion. I must confess to being slightly nervous, about having to come back today and announce my inadequacies to the world. Bob the Noob, unable to defeat Wrathion whilst blindfolded. Any credibility would be shattered and I would be unable to lay the blame at the feet of 24 random people.

Celestial Blessings is a reasonably pitched solo quest. It is not a walkover by any stretch, but it does require a modicum of forethought. I had some fresh ideas but was unwilling to leave the Jade Temple on the off chance that I might need to cancel the quest and then need to seek the 4 blessings again.

My bags are currently empty due to an exercise in Solo Retro Raiding, and my choice of pets is currently down to 3. My trusty Bobcat, a Wolf which is a remnant from WotLK when Wolves ruled the world, and my PvP friend the Shale Spider for when the mood takes me. I would have preferred something with more AoE and naturally more Tank like, eg. Gorilla or Bear.

I made use of Flasks and food, made a Drum of Rage for the start of the fight. The fight itself took two attempts and provided I  could stay out of the way of the Mirror phase then I could re-cooperate. I was unable to make use of the back attacks that gain 25% more damage, but the aim is to stay alive on fights like this.

The end of the fight is very bizarre indeed. Wrathion simply walks off and there is no indication to suggest that you have been successful, leading to a frantic few seconds of checking the quest log and finding out where Wrathion has disappeared to and not bugged out after all that effort.

Thursday turns out to be not very good for chain killing Celestials but I did eventually find 2 other DPS a Tank and a Healer who happened to be on the same mission.

Cloak obtained upgraded to Legendary, gemmed, and enchanted, I decided to look for and LFR to complete the chain "Judgment of the Black Prince". Unfortunately it was late in the evening and the LFR group I was in, disintegrated before any mobs were engaged.

As a bonus to myself I decided to find a group for Ordos, and luckily tagged along with a number of Guildies. We ended up on a PvP realm in the middle of an Alliance massacre but for some reason I managed to get a Ordos kill and luckily escaped with a new Chest piece. Some WoW sessions can leave you with a real buzz.

In the space of a week I have moved from having completed the Expansions content to having too much content to complete with all of my characters now having met the attunement to kill Ordos 11 times each week.

I am not quite sure why, but I feel the urge to drag another character through the "Breath of the Black Prince" Questline. This time at least I should know what to do.
Posted by Bob at 13:08

Email ThisBlogThis!Share to TwitterShare to FacebookShare to Pinterest
Labels: Wrathion