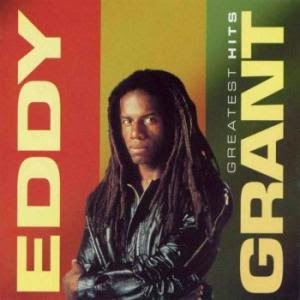 In the last few days I have gorged on Ordos 22 times. Eleven of those were on the European reset on Wednesday. Ordos is a World Boss fight, but I have felt no compunction to check out the details of the fight, to "learn the dance".

My first visit was on a PvP realm which is were the majority of the open raid invites come from. The situation was that around 40 Alliance and an equal amount if not more Horde, were congregated at the top of the stairs. I fight broke out and Ordos got tagged and 15 minutes of death and resurrection ensued. I only knew that the fight was over when I was awarded Moonhee's Mean Vest. In terms of learning the fight (dance) this was not a good introduction.

I only ever need to learn the fight from a DPS or Healers point of view and only have a vague understanding of why the Tank needs to move or why 2 Tanks are needed, but the rest of the fight I will learn in time. Once upon a time the number one rule was "Don't stand in anything on the ground". This became blurred when Druids and Shamans started to get helpful (Healing) spells that would appear on the ground. The number one rule was changed to "Don't stand in Shit", which meant that we all had to become "plane spotters" able to distinguish at a glance whether to "Stay or Go".

Deadly Boss Mods is our guide to all encounters and visual (and I presume audio) clues, take away the need to make decisions. It is difficult to imagine what raiding without these clues would be like.

Ordos appears to the uninitiated seems to hit like a train, anything that is not wearing Plate Mail or a very hairy bear hide. Ranged classes however can stand a relatively safe distance away and enjoy the fireworks form behind the safety barrier. The only problem (providing there is a skilled Tank on hand) is the Burning Soul spell - Inflicts 50000 Fire damage every 1 sec. for 10 sec. On expiration, the player explodes, inflicting 300000 Fire damage to players within 8 yards and knocking them up.

For Ranged DPS this is the only thing you need to worry about, and to be honest it is not the damage that it does to yourself it is the rocket under the feet of all those around you. There is nowhere to hide with that arrow above your head, there is only the shame of not being able to move a few feet/metres to the side. It is not that the explosion kills the raid team anymore it is just the sheer ineptitude or the couldn't care less attitude of the people around you.

The nearest example to this is from the Cataclysm expansion. The Dragon Soul raid was the first to use LFR and one of the most frustrating encounters as a healer was Ultraxion. The Hour of Twilight Spell - The Hour of Twilight falls upon Ultraxion's foes. Enemies caught within the Twilight Realm take 300,000 (Raid Finder: 195,000) unresistable Shadow damage. Players within the normal realm forcibly enter the Twilight Realm. If Hour of Twilight does not hit a player, the Aspects take the full brunt of the attack. This disrupts the shield protecting the Aspects and heralds the end of all life on Azeroth. 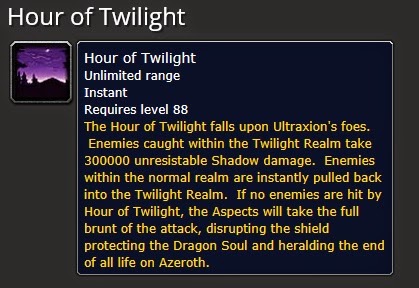 The raid would get a green button in the middle of screen and a countdown when to press. In LFR it was a near fatal experience and in all other Raids it would mean instant loss of life. How difficult was it pay attention to a ticking clock and press at a suitable time! Healer in LFR would spend time and Mana building up the team so the same thing could happen at the next spell countdown. It makes my blood boil thinking about now, even when I have not been in that situation for well over 18 months.

This is the attitude that is prevalent in LFR, that it is the job of the Tank to keep them out of harms way and the job of the healers to heal through their mistakes. They would be embarrassed to do this on a guild raid, but in LFR, they are totally anonymous.

On the flip side of this experience, I found myself Healing - Vale of Eternal Sorrows and the Fallen Protectors (He, She and It). On this fight I have mastered when to move and when to stack, and when DPSing, to change target at the right time. What I don't yet know is the individual spells that get chucked out, at regular intervals. Inferno Strike - Embodied Sorrow casts a massive Fire damage spell at the highest threat target. Inferno Blast divides (3000000 * 4) Fire damage among all targets within 8 yards.

I am just guessing here that I have never been the highest threat target. My instant reaction is of course run away and make everybody else safe. In reality it would have been better if I had not received any notification and just stood in the middle of my healing rain.

It might sound like I am raving about the same thing here, but I simply followed my instinct, honed from 8 years of playing the same game, the fact that I should stack is slightly alien. I will of course learn from this mistake. The result was that I used my Shaman instant resurrection and was immediately back in the game, but it did not stop the Tank blowing his lid after the Fallen Protectors had gone down, that we were all Noobs and wished us good luck finding a Tank that could steer such idiots through the raid.

Interestingly enough there were no further deaths for the rest of the raid and the replacement Tank was considerably better than the one that threw his toys out of the pram (stroller).
Posted by Bob at 12:48

Email ThisBlogThis!Share to TwitterShare to FacebookShare to Pinterest
Labels: Dance