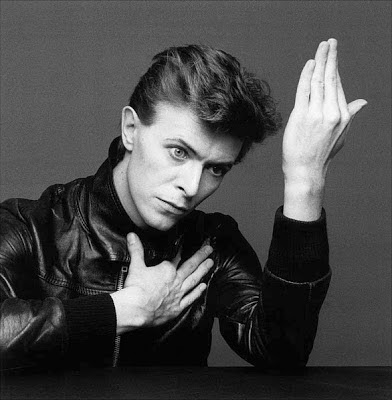 Heroes by David Bowie, is for me the sound of the summer of 2012. It became the unofficial soundtrack to the London Olympics and the amazing achievement of the British Olympic team.

Today I was completely devoid of any inspiration until I read the Grumpy Elf - What If: There Was No Holy Trinity. I have no intention of rehashing the work of Grumpy, but it got me thinking that all these Raid fights rely entirely on the Bosses being absolutely stupid. I will give you a scenario and see if you can find the flaw.

You are an all powerful Evil Mage, and you are sat on your Throne when 10 or 25 people walk into your Throne Room, sit down eat, drink some potions, do rude gestures at you, and then rub up against you and fart loudly. They first count to 10 and if everybody is ready then a tin man with a shield and really noisy clanking Plate Mail armour is going to rush up to you, with his best mate, who might look a bit like a bear and start beating you to a pulp. At this point everybody joins in.

Anybody see a problem with this scenario? Next up, the worlds most powerful mage, wearing a silk dress and pointy hat is going to focus all his/her attention on the Plate Wearing idiot in front of you who is carrying a very large weapon and a Shield the size of a house. Somehow I don't think so.

If 25 people had stormed my house and killed and slaughtered all my henchmen, retainers and evil pets, I am absoultely sure I would know they were coming. Would I be interested in the Warriors, Death Knights, Paladins and Big Bottomed Druids (Bearform not Moonkin), no not at all, my first target would be healers at the back of the room. Always go for the weakest link or in this case the most powerful. No heals then the rest will fall like a deck of cards.

How about we have a fight were it is more important to defend the healers than maximise DPS. Throw the Holy Trinity out of the window and make Tanks useless for the fight. As long as we stick within the traditional roles, the fights are always going to be dances. Come together here, separate here, stand here now, move over there now, all switch to this add now, do not stand in the bad stuff, Heroism and burn.

Change the roles and make us think our way through a fight for a change. We are supposed to be Heroes but it takes 25 of us to kill one man/woman dressed in a kimono and a pointy hat. Go on make us heroes just for one day.
Posted by Bob at 14:53