Gold On The Ceiling 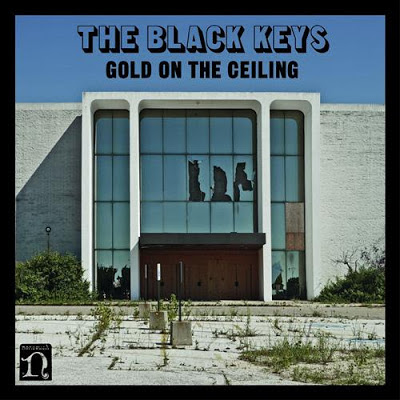 The Godmother thinks we should all be a bit more cheery in our outlook towards an 8 year old game, and The Grumpy Elf wrote some hilarious lines about improvement to the game and the issues of playing a MMO with other people. Every night I logon, I am getting more annoyed about the enormity of the task facing me, and where I want to be in the game. Contrary to popular belief I do want to work for my gear, but I don't want to be in a cutting edge Raiding Guild, and I would like to be more efficient and productive in my achievement of personal goals.

One of those goals is the attainment of better gear, but this currently conflicts with desire to level my Alts and my general lethargy towards Dailies. The Heroics have been very poor at providing any rewards, and when an item did appear for my Hunter, ie. an Agility Ring, it was needed and won by a Death Knight. I am not the only person having bad luck, in the last podcast of the Instance, Scott Johnson had run 12 Heroics without a single Hunter item dropping. If I didn't know better, I might suggest that the carrot to tempt us to do Heroics as already been eaten by the Virmen.

One of the gear slots I am really struggling with is Trinkets. I have a fully seasoned Scribe ready and willing to make Relics of Darkmoon, but there are a few obstacles in my way to achieve this. The first is the huge sums of money involved in purchasing this trinket, the second is the huge costs involved in purchasing the Inks for the random chance of the card you want, and thirdly the stupid amount of time required to crush 12 million herbs into inks. If there was ever a bigger time sink than Inscription I have yet to find it. Pressing my milling, macro key is not the problem, the worst part is waiting for the auto looter to collect the pigments before you can start the next crush. Even the ability to crush an entire stack in one press would result in a 75% time saving.

The reason we are stuck with this archaic method is to stop bots and gold farmers, and we can only have one action per key press. Thanks to Basil "Euripides" Berntsen we know the following information.

"The materials to make a card are 10 Starlight Ink and a Scroll of Wisdom, which takes three Ink of Dreams and is on a daily cooldown. If you want a nice round number that excludes leftover cards, making a deck takes about 64 stacks of Fool's Cap or 103 stacks of any other herb. The cards can often be found on the AH, sometimes for much less than the mats it takes to make one."

For the less wealthy amongst us we are stuck milling the cheaper herbs, 103x4 = 412 keypresses and a week for the scribe to convert the pigments to Inks. This cannot be done all the same time because our bags are not big enough, so you will have to shuffle things in and out of your bank. I cannot blame the crafters for getting as much money from the Auction House as possible, because this is the equivalent of doing a 12 hour shift down a mine. Is it any wonder that BoE items that randomly appear get thrown on the AH for half the price of these Trinkets. Speaking of BoE's since Blizzard cutoff the access to Tier gear through Tokens, there never seems to be any BoE Gear to buy any more and the 2 pieces of Crafting gear are permanently frozen in amber.

The main reason I have all the crafting professions covered is that I like to gather the mats and make items, but the rewards for doing so are few and far between. Each expansion seems to involve a few enchants, a handful of gems, some transmutation and belt buckles. Leatherworkers get a patch for your legs just like tailors and scribes now get shoulder enchants. Crafting is one aspect of the game which is not fun, not difficult and certainly not worth it.

Another aspect of the game that is worrying me, is Gold. There is plenty of it around, and my average amount is 150K Gold higher than it was Cataclysm, but I am still reluctant to spend it. I am waiting for an imaginary rainy day, and I don't know why. In game as in Real Life I am a miser, and will only spend when I consider something to be value for money. I could buy 11 trinkets tonight, but it takes me a long time to earn 220K Gold and I have enough other distractions without spending hours in the Auction House.
Posted by Bob at 17:02

Email ThisBlogThis!Share to TwitterShare to FacebookShare to Pinterest
Labels: Gold