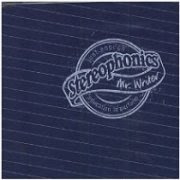 I started this blog back in February 2012, so in many respects I am still a baby blogger. My first post was actually written in the November 2011, but I never posted it cause I was unhappy with my writing style. At end of April 2012 after 26 posts, I had received 190 visits according to my blogger stats, unfortunately most of those are probably me checking the formatting and editing any obvious mistakes.

In May 2012 something called the Newbie Blogger Initiative was launched, I threw my hat in the ring because after 26 posts I realised that nobody was reading my posts, and as much as I enjoyed writing them, I also felt the need to share them with anybody who would listen.

I didn't fully partake in the NBI but I did my best to share a little link love to those writing about World of Warcraft. To be honest I only have a passing interest in the other games in the MMO genre, and tend not to read about SWTOR, Rift, Guild Wars, Eve and Everquest. The exception to this is the reasoned arguments put forward by Tolbold.

My second post into the NBI was to examine my own reasons for taking part, after Tobold had raised the issue of the purpose behind the NBI. Tobold wrote a comment on my blog which was a real shock at the time, but it made me think about why I was blogging.

Blogging becomes just part of the daily routine, I write about what I have done in the game, and comment about the thoughts of fellow bloggers. My biggest influences in this thought process are Tobold, The Grumpy Elf, and the Godmother (I thank them all). They provide plenty of information to think about, and often these can lead to some of my better posts.

Yesterday the Godmother wrote a post entitled Zen and The Art of Satisfactory Blogging, the article is about confidence in your own writing, and writing to make your own happiness.

"A lot of that has to do with my own confidence in ability, and this is where the second point come to the fore: writing should be about making you happy. I will never understand someone who bemoans having to write something 'because they have to' " The Godmother

I have never had any confidence in my own writing, I lack the creativity and imagination to write any decent prose. I am far more scientific and mathematical based in my thinking, and this makes me doubt my own abilities in the use of language. Writing about WoW is different somehow and it stems from the deep level of involvement in the game, that makes me want to write something that might help others. The game is so vast and wide and after 4 expansions, it is impossible to know everything about the game, and this is the one of the reason we read blogs and information sites to keep ahead of the changes.

I write because my friends no longer play this game, and need to talk about it with somebody. Quite often that communication process is a one-way street, and I get to offload my own thoughts.

I now know my own limitations, and I will never be the next BRK or BBB, I lack the wit, charm and intelligence to be able to write that well.

What I do know, is how pleased and incredibly happy I felt seeing my name mentioned by Tobold. Blogging is not about visits per hour, but about hopefully writing something worth reading, and to give back something to this rich and diverse community.
Posted by Bob at 13:12

Email ThisBlogThis!Share to TwitterShare to FacebookShare to Pinterest
Labels: Blogging