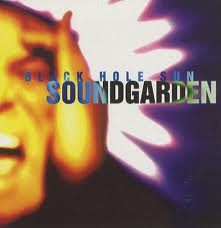 All eyes are on Blizzcon. This is of course the slowest of all news weeks, but one thing that I have read this week (Source unknown) that there will be no additional patches for Mists of Pandaria. Much as been made of the speed of the patches for the current expansion but in reality if a new expansion is announced as expected at Blizzcon, then it is likely to take 12 months to release. All expansions I believe have been released in Autumn / early Winter, and there is no reason to believe that the next expansion will arrive any sooner. This will make a 2 year expansion which also is not unusual, so in fact the only patch that came out quicker than expected is probably 5.1 and that was only to distract people from the pain of the Golden Lotus.

The assumption of most commentators is that we can expect a pre-expansion launch to tidy up the loose ends with the Sha and Garrosh storylines. I am guessing from the disjointed storyline and the addition of one scenario, that Blizzard will not make the same mistakes as last time.

Patch 5.4 is not quite 2 months old, and already I am guessing that people are becoming bored with the current content. The raid still feels fresh and flex is absolute joy, to raid with guild members and friends in a relaxed environment, but Timeless is starting to grate with the endless grind, considering this is an area with infinite possibilities, why are we still doing the same two weeklies and a daily quest?

Cataclysm left the player with only Dragon Soul for consolation and the difficulty settings were quite low, so a lot of people had killed Deathwing on the day of release in LFR and on normal after a few weeks. The Lich King was a much more hardy opponent and needed several buffs/nerfs before the average Joe even had a chance to defeat him.

The only thing in our favour is the re-deployment of the Titan Team, this means spare resources can be used to provide more content in patch 5.5 and the rest of the team can concentrate on the new expansion. We will only know how far advanced the expansion is during Blizzcon and the inevitable playable demo.

On the subject of the expansion and the Warlords of Draenor, I am thinking that we might be visiting a new set of zones, rather than a rehash of the Outlands. People who claim to be Lore Nerds suggest that Draenor was blown asunder and the bit that we have found so far is the Outland. This leads Blizzard to yet again pull a rabbit from it's ass, and find a new continent floating in space.

The refresh of Azeroth during Cataclysm was not a huge success, even though everybody acknowledges that it needed to be done. The result was that resources were taken away from the endgame and the results speak for themselves.

As this is the season for predictions, I will attempt a few of my own:

Mists of Pandaria was a solid base to launch the next expansion, and with a movie on the horizon, Blizzard need to provide a little more than nothing for the next 9-12 months.
Posted by Bob at 16:27

Email ThisBlogThis!Share to TwitterShare to FacebookShare to Pinterest
Labels: Blizzcon