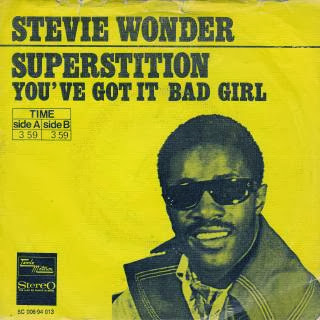 I might be a casual gamer, who incidentally clocks up a few hours in front of a computer screen, but I do play a lot of classes. This gives me a fairly unique view of how the classes stack up against each other. I am not talking about cutting edge top iLevel gear and the raiding experience, I am talking about the ease of being able to use a certain class.

We all have our favourite playstyle, some like to go to go toe-to-toe, others like to stab their prey from behind, others like to hurl fireballs for a safe distance. From the point of view of a casual altoholic I want ease of use, many refer to Hunter as, "easy to play difficult to master". This is the kind of design that I am looking for. I struggle with my Blood Death Knight when I have not played her for a few weeks, but a Mage or Hunter I can knock out the damage without thinking about it. It might be muscle memory or just ease of use.

Traditionally I have always struggled with melee, in particular Rogue and Warrior, and for some reason I have never got on with my Warlock. Warlocks got into a right state in Cataclysm and the decline in popularity was so marked that Blizzard made it a priority to overhaul the class and all 3 specs, which had lost their definitions. If you have forgotten what state Warlocks got themselves into I have included a link to the excellent work provided by Cynwise.

When you play 10 classes and several specs, it is difficult to spend the time learning an additional one. The result is that always play BM Hunter and Frost Mage. I have tried but the results are terrible. The thought of having to relearn a new spec when levelling my Warlock filled me with dread. In the end this was the last character I levelled, and for solo play I was amazed at the ease and the power of the newly designed Warlock. I traditionally played as Demonology, but on researching the specs I chose Destruction. I cannot even remember the reason why, but I think it was based on a comment from R.

Out of curiosity I found the comment from R on the 7th August 2013, in summary it looks like this:

"Warlock - Go Destro for leveling, use the Void Lord (Supremacy talent) for a tank pet and think Elemental Shammy for rotation. Immolate instead of Flame Shock, Combustion (Conflagrate) instead of Lava Burst and Incinerate instead of Lightning Bolt. That'll get you most of the way to an end-game rotation and will blow up quest mobs quite impressively."

The key was Elemental Shammy rotation, that was something concrete and tangible that I could work with. No need to learn new rotation, simply substitute the ideas of playing Elemental directly to my setup for Destruction and voila, easy peasy.

My Warlock was a little late to the Timeless Isle party, but I am now sporting iLevel 495 and in comparison my Druid is iLevel 508. The Gnomey Warlock can blast a Great Turtle before the spin cycle and my Druid needs to turn and flee. I believe I am playing both classes reasonably well, and one of them is significantly better geared, but I do not feel connected to the druid class anymore. It used to be so overpowered and now it appears to be a joke, with it's stupid swinging barometer between night and day.

The Warlock on the otherhand is an absolute joy to play. If you have not played one for a few expansions, I can heartily recommend. A class canon with a pet, what could be better. Now I just need to that green fire questline.
Posted by Bob at 13:27

Email ThisBlogThis!Share to TwitterShare to FacebookShare to Pinterest
Labels: Warlock