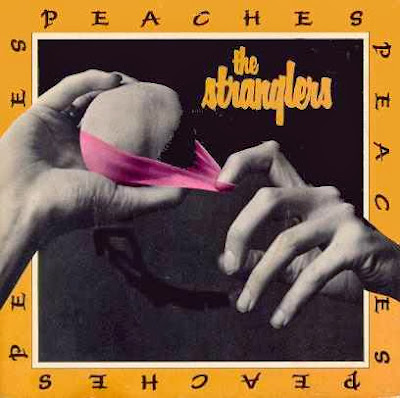 I have played computer games for as long as I can remember. Never in all that time have I ever had an inkling as to who is in the team behind the software, with the possible exception of Sid Meier. Blizzard have many public faces, and of the World of Warcraft team you could probably name 5-10 people without having to think too hard.

The first name that I think of in connection with World of Warcraft is Greg "Ghostcrawler" Street, a man who seems to have as many fans as haters. Ghostcrawler at Blizzcon appeared on the panel of the Instance Podcast, along with the usual team and Russell Brower (Sound Designer). Ghostcrawler was in fine form and was pretty much off the leash without the PR handlers that often follow him around. If you have not listened already then I heartily recommend that you do whilst playing.

What I find impressive about Ghostcrawler is his vast knowledge of the game. It would be easy to say that is what he is paid for, but in my opinion he is involved or has knowledge of all aspects and decisions affecting the game. It would appear that every suggestion that players come up with, Blizzard have discussed, considered, rejected or are considering implementing. In theory I tend to agree with everything that Blizzard sees as wrong with the game. The problem is not even the implementation it is often how the player base abuses the changes.

Since the implementation of the Timeless Isle, I have grown to resent the endless stream of gear modifications that need to take place.

It was not a problem when you only upgrade on average one item a week. After levelling my Warlock I changed every single item of gear. The professions needed are ridiculous:

Balancing Hit and Expertise became a monstrous undertaking, and the only sensible solution was to use an addon or consult a 3rd party site. If min - maxing involves so much faffing around that we need an external source then there is a serious problem. The result is can't be bothered or large amounts of faffing. Just remember the "can't be arsed" will appear in a LFR near you in the very near future.

By extension Dodge, Parry, Spirit will also go the way of the dodo, and gear will become more class specific but will change depending on spec. Special abilities will appear on gear and that will leave the same strange decision making process that I faced when playing Diablo. This of course will lead to min-maxing of a different sort and some abilities will more definitely be BiS. Theorycrafting is far from dead it will simply take a different route.

The three remaining stats, have been a strange mix over the last two expansions. Haste and Crit have been around for a long time and we instinctively know what each of these will do if we stack them. Mastery was supposed to be a fine tuning stat, for when a spec was outperforming the other two specs (on a pure DpS). In practice we have seen very little fine tuning  otherwise how can you explain why Beast Mastery was so much better than Marksman for a whole expansion or Fire Mages have been rocking the charts for so long it is untrue.

With the removal of so many secondary stats, there is no need for the reforger, it was an ugly solution to a bad situation, and for most it will not be missed.

I am guessing the new system will either be gem or enchant not both, and this will result in a speedy gear change but the professions associated will lose an income stream. It can be argued that Jewlecrafters and Enchanters have already been very well recompensed over the years, but it will not stop the moaning in the forums. Ghostcrawler has already intimated that they are reviewing other income streams for those poor souls with either of these professions, I suggest that Blizzard look at Leatherworking and Engineering if they want to help impoverished professions.

The removal of the so called "Intellect Plate" problem is another clever solution to an age old problem. The most persecuted classes by the old system are Paladin and Shaman, three specs with three different sets of armour to contend with. Druids have had four specs but can just about manage with two sets of armour. The new system will be much crisper and cleaner, but what are they going to do will Trinkets. Are trinkets going to be role based or class based? Clearly some questions still need to be ironed out.

Blizzard have seen the problems, and have acted to fix the issues. The question is what will they do to replace it, because we all know they can't help but go full tilt in the opposite direction until that also becomes a problem.

In theory I am totally behind the change but we need to see the implementation and exactly how the player base abuses the new system. For now it is a good start.
Posted by Bob at 14:26