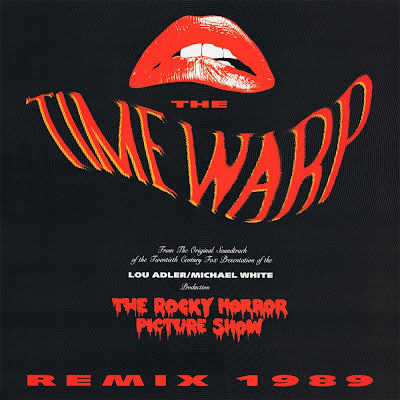 There is nothing more incendiary on the internet than discussing a hypothetical subject like Time Travel. The new expansion is going to take us 30+ years into the past and before people start going on about "Bubbles of Time", "Alternative Realities" and "Parallel Universes" lets first examine the subject we are faced with. I do not claim to an expert on the subject, which is the very reason that I feel qualified to write about it with eyes wide open.

The number one source for all things time related is of course Albert Einstein, with the Theory of Relativity, which claims that time is an illusion, and can vary for different observers depending on your speed through space. To Einstein time is the "fourth dimension".

"Both the general and special relativity theories have been proven with GPS satellite technology that has very accurate timepieces on board. The effects of gravity, as well as the satellites' increased speed above the Earth relative to observers on the ground, make the unadjusted clocks gain 38 microseconds a day."

The general consensus is that it is theoretically possible to go backwards in time if you can get past the small issue of Light speed. The recent example of Navimie travelling to Blizzcon and crossing the international date line, (an imaginary line that is situated in the middle of pacific which runs from pole to pole) does not count. It can be argued that forward Time Travel is what we do every day. When I go to bed at night, and then magically wake up in a brand new day is forward Time Travel, from my relative position time as moved very fast.

"Time travel is the concept of moving between different points in time in a manner analogous to moving between different points in space.
Time travel could hypothetically involve moving backward in time to a moment earlier than the starting point, or forward to the future of that point without the need for the traveler to experience the intervening period (at least not at the normal rate). Any technological device – whether fictional, hypothetical or actual – that would be used to achieve time travel is commonly known as a time machine."

In the World of Warcraft we are anticipating some kind of portal device as our Time Machine, but it is being argued that it is not our Azeroth past but a Parallel Universe in the past. Writing such a concept automatically makes me feel uneasy and with my mind about to explode with the consequences of such action. The easiest way to thing about it as a sort of "Lion, The Witch and the Wardrobe", in which the wardrobe is a portal to another world, but a world where time seems to run faster.

Literature, Film and Television are full of stories involving time travel and time machines. The BBC is currently celebrating 50 years of the Time and Space traveller known as the Doctor. We tend to view time travel as a opportunity to broaden our imagination and to provide unique experiences, but the concepts from one book, film or programme are never constant. The writers use different quirks of the genre for their own means. In Doctor Who they often refer to the problems of "Crossing your Own Timeline" this is in place to stop them going back to the beginning of the story and starting again. In the programme the Doctor constantly crosses his own timeline. In WoD we are going to witness Thrall and Grom meeting their own parents, and yet these action are not going to affect the past events on Azeroth, only the future events.

In the Back to the Future Trilogy we see changes in the past affecting both the Present and the Future. Marty McFly in the first film has the photograph of his brother and sister, and when history starts to change the family starts to fade. It could be argued that the photo would just not exist or it would contain another set of kids. This is used in the film merely as a prop to empathise the change in the time line.

In a film like Looper, Bruce Willis escapes his own death to cause a chain of events that have huge consequences for the rest of the film.

Popular Television programmes from America have included Quantum Leap and Sliders. In Quantum Leap the basic premise is that our lives are like a ball of string and that it is therefore possible to leap from one part to another as long as it is within our own timeline. The time machine in this case is the Quantum Leap Accelerator. Sliders uses a different slant in that they are not using a Time Machine but are merely sliding between parallel worlds. The timeframe is the same but one action will have huge implications and the outcome is a parallel world. The following is the definition from Wikipedia:

"The multiverse (or meta-universe) is the hypothetical set of infinite or finite possible universes (including the historical universe we consistently experience) that together comprise everything that exists and can exist: the entirety of space, time, matter, and energy as well as the physical laws and constants that describe them. The term was coined in 1895 by the American philosopher and psychologist William James. The various universes within the multiverse are sometimes called parallel universes."

Blizzard have been careful to use the word Time Bubble but the effect is that they appear to both Time Travel and Slide to a parallel world. The effect of Time Travel is that any storyline will gaping holes and the continuity issues become very important.

If you don't know what I am talking about, then try watching 12 Monkeys by Terry Gilliam. On the first run through you take everything at face value, on a second viewing or to discuss the issues with friends, then you will notice that small things have huge implications.

When watching anything connected with Time Travel it is definitely beneficial to suspend believe and let the story wash over you. If you think about it too hard or for too long you will tie yourself up in knots. In WoW terms, I feel sorry for the Lore nerds who are going to have to live with the consequences and fallout of this expansion.

***EDIT***
The first two articles I read after writing the above post illustrate the point I was trying make. The Godmother and Matthew Rossi fill in the gaps.
Posted by Bob at 11:33