Hole In My Shoe 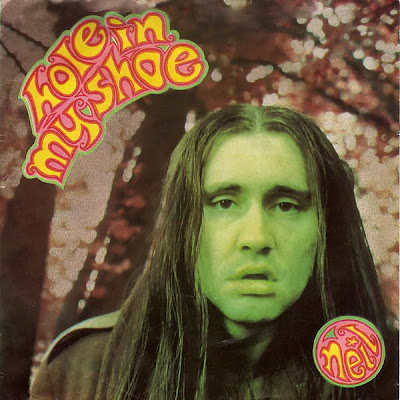 Yesterday was reset day in Europe. I had hatched a fiendish plan to make a huge dent in my quest for the Legendary Cloak, of course the best laid plans of mice and men came to nought. As soon as I logged on I was whispered with an invite for Flex raiding, not on my Hunter, but on my Shaman for my healing skills. Incidentally I have discovered that my Healing skills maybe a bit rusty and besides my Shaman is geared mostly in Elemental gear, but even that seem to have a sprinkling of spirit on it.

The Flex raid went Ok, a little ragged in parts, but four bosses in about 90 minutes is not too much of a hardship. The rewards were also very good, with upgrade in off-hand from iLevel 476 (barely epic shield from the Timeless Isle) to the very strange Purehearted Cricket Cage, and a ring. A combined upgrade of 108 iLevels which I believe will make a large difference in my performance.

The side effect of running Flex was that I managed to obtain all the Sigils for the Wrathion Questline. The next step in the quest is Fear Itself, for which I can see a little hole in the Blizzard masterplan. Blizzard is trying to encourage the return of absent players, and in the Timeless Isle have provide a catch up mechanism for alts and returnees alike. These people although relatively far down an expansions worth of quests may be tempted to try to obtain the Legendary cloak. Fear Itself is not difficult, but neither is it current content and to make matters worse the early Raids in MoP are sequential. My poor little Shaman who can heal in Flex but cannot queue directly for the Terrace of Endless Spring because I have not yet finished Heart of Fear.

I have done the first part of Heart of Fear only, so to progress to the Terrace of Endless Spring I will need to queue up for two different LFR's that nobody is running at the moment. It might be fair to say that I missed my chance before patch 5.4 dropped.

One solution would be to remove the prerequisites for the early Raids, or an alternative is to gather the guild together for a 10 man normal, but who are currently busy doing current content. Either way this is not a good scenario for me. My major hope is that there are others in my predicament or a guild that can now obtain an easy achievement now that we massively overgear the Raid.
Posted by Bob at 11:20

Email ThisBlogThis!Share to TwitterShare to FacebookShare to Pinterest
Labels: Raiding