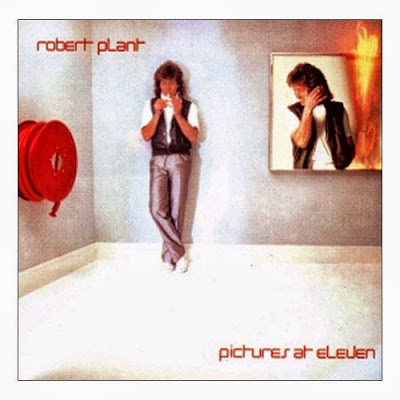 It was a long time coming but I have finally levelled all my characters on my main Realm. My warlock has languished at the rear for such a long time that I didn't know if I would ever finish the job.

Oddly enough I am enjoying playing a Warlock and the revamp as turned Locks into Dps monsters, I know they have had their moments when billions of dots and Seeds of Corruption were the order of the day, but I always preferred Mage to Warlock , or Hunter to Warlock when Voidwalkers were a pale imitation of a Hunter's pet.

Having played everything except a Priest I can now rank the classes as I have seen them this expansion:

I have done very little re-speccing so if Feral Druid kicks ass, I am really pleased, but Balance as been rather lacklustre in my opinion. Levelling 10 different classes it is difficult enough getting to grips with 10 specs without doubling that with dual specs. I have only dabbled with one healing class this expansion and that is Restoration Shaman which I am very comfortable with.

The Timeless Isle will allow a certain amount of dual speccing, and healing for Druid, Paladin and Monk are on the cards in the near future. The Rogue and the Warrior are likely to be boxed away and handed over to the Lorewalkers until the next expansion.

Having now completed my biggest goal, I am left with a large hole to fill. A potential list of objectives includes:

Ok so it's not a very big list, but it should keep me busy for a few more weeks yet. I am starting to get a little bored with the logon to all my crafters to learn new recipes and produce a new crafting material. I like the items that are made for the leg slot, but at one item per month per profession, it is remarkably slow going especially as it requires logging onto each of the characters every day. It is Blizzards version of water torture, and eventually we are all going to crack.

I have noticed this week that the Celestials are planning a vacation to Hawaii, and it is not like anyone will miss them. I have seen only Celestial killing all week. The other world bosses have all had a much longer lifespan than these four. Just over a month since patch 5.4 and the majority of people have got what they wanted from the Timeless Isle and moved on to something else like Flex or LFR. When the Timeless Isle was launched I wrote an initial impression, and back then I predicted:

"I am not sure whether this zone will have the legs to last for any considerable time and I expect it to be almost deserted in about 6 weeks, but for now, I am happy to collect my daily candy."

I am pleased to have the foresight to predict the lifespan of content, but if I can get it so right, why did Blizzard not see this coming. Is this the natural lifespan of new content? If Blizzard are spending 3-6 months to design content then you would hope it would have a longer shelf life. If this is the case then would it make more sense for Blizzard to create more but smaller patches.

Patch 5.4 could have been split into Timeless Isle - 6-8 weeks, Siege of Orgimmar 3 months. Burnout comes from either doing the same thing over and over again for a prolonged period or gorging on too much content at the same time. Small bite sized chucks fed frequently will keep Pavlov's dogs coming back for more. Nobody wants to be left to defeat Garrosh for the next 9 months, until the next expansion.

Email ThisBlogThis!Share to TwitterShare to FacebookShare to Pinterest
Labels: 11