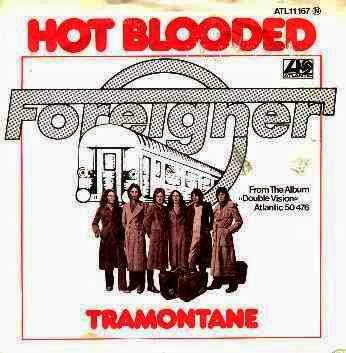 The Timeless Isle is a repetition of the same tasks everyday. The aim is to provide an explorers paradise were you can do your own thing, but the problem with it, is that some people like a little more structure in their lives.

I am utilising the mixture of dailies and weeklies to maximise my time on the Isle and to produce the biggest haul of Timeless Coins in the time allotted. Everyday I do the Dailies "Path of the Mistwalker" and a "A Timeless Question" after 4 or 5 days I will have completed the weekly quests "Strong Enough To Survive" and "Empowering the Hourglass", this I manage on three characters at least, Hunter, Shaman and Mage, and to this mix I sometimes throw in my second Hunter and Death Knight. My preferred prey is the Great Turtles which line the beach between the Horde and Alliance Flight Points.

I must confess I struggled at first with my Elemental Shaman, who dislikes having hard hitting mobs up close and personal. This problem I have learnt to overcome by judging the spin cycle or just plain outgunning the turtles. My Death Knight in her Blood spec was supposed to be able to tank most things, but was having real problems on the Isle.

When you change characters as often as I do you can forget the nuances of the class, and after a week I am now starting to really enjoy the experience. I have not received any additional gear in this time but I have a daily supply of buffs Dew of Eternal Morning, Book of Ages and Singing Crystal. These are monumentally powerful buffs, and you really notice the difference when you are not using them.

Now I am able to tank multiple Great Turtles and the assortment of Hatchlings, and no longer am I nearly dead after disturbing a Death Adder, in fact I am always at full health and ready and able for the next mob.

The reason for still doing the Timeless Isle is the Burden of Eternity for all characters, and the lack of Weapons available in this expansion. This was a point well made by Olivia Grace at WoW Insider:

"Let's not talk about the weapons and the shields, though. If I have one major criticism of the Timeless Isle, it's that for some reason, Blizzard's designers have a "thing" about weapons. The only ones you can get off the isle are ilvl 476, not 496 like everything else, and cost a whopping 10,000 timeless coins. They're not well itemized, they're not plentiful, so you have to go for "close enough" rather than "this is good for my character". Blizzard, what is up with that? Why can't these weapons at least be 496? Why do you guys feel that we have to earn decent weapons purely via luck from boss drops?"

Whilst I agree with Olivia entirely, it is not a whopping 10,000 timeless coins but a whopping 20,000 timeless coins for a weapon (i). In this respect the Melee classes and the Blacksmiths have been stung good and hard this expansion, with iLevel 463 Blue Weapons the best on offer. At least my spell casters get an epic stave as a standard.

After all the fuss about daily quests, it is odd that without the daily and weekly quests I would have already given up on the Timeless Isle, if Blizzard have any sense they will think about adding some new quests and activities to the Isle in the next few months. It is still highly unlikely we are going to see a new expansion for 9-12 months