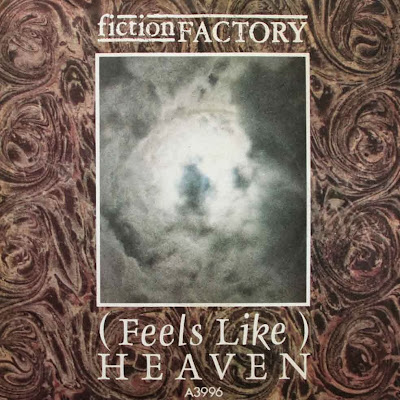 Blizzard have traditionally tried to walk a fine line between fact, fiction and lore. We have often heard the statement it is for "Lore Reasons". Hunters for most of their existence had to live with something called the "minimum range". This was the point that Hunters could no longer use a ranged weapon. In reality it is difficult or stupid to try to shoot someone with a bow and arrow when he is stood on your toes trying to turn you into sushi. This however did not turn itself into good game play, and hunters were very weak when they had to perform hand to hand combat with only 2 melee spells to choose from. It was particularly bad in PvP were it was very difficult to get away from melee if they ever got near you. This resulted in the symbiotic relationship between Rogues and Hunters, a cat and mouse game about stealth, traps, stealth detection, range and minimum distance. With the sad loss of minimum range, I am more than happy to hold my gun a few inches from the Rogues face and pull the trigger.

Last night I finally raised the 20,000 Timeless Isle Coins required to purchase an Epic 2 handed weapon. The choice was as follows: 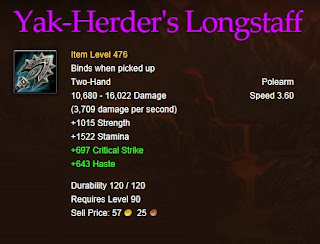 My choice was indeed the Yak-Herder's Longstaff which is a slightly odd name considering this is not a stave but a polearm. Wikipedia defines a pole weapon or pole-arm as:

"A pole weapon or pole-arm is a close combat weapon in which the main fighting part of the weapon is fitted to the end of a long shaft, typically of wood, thereby extending the user's effective range. A pole-arm is differentiated from a spear in that the penetrating 'edge' is parallel to the pole, rather than in-line, although many pole-arms also incorporate a spear point. Glaives, poleaxes, halberds, and naginatas are all varieties of pole-arms.

The purpose of using pole weapons is either to extend reach or to increase angular momentum—and thus striking power—when the weapon is swung. Because they contain relatively little metal, pole-arms are cheap to make. This has made them the favored weapon of peasant levies and peasants in rebellion the world over. Many are adapted from farm implements, or other tools.

Pole-arms were common weapons on medieval European battlefields. Their range and impact force made them effective weapons against armored warriors on horseback, because they could penetrate armor."

The common image of pole arms (for a European) is in the massed ranks of infantry defending themselves from plate mail wearing cavalry in a medieval setting like the 100 Years War. 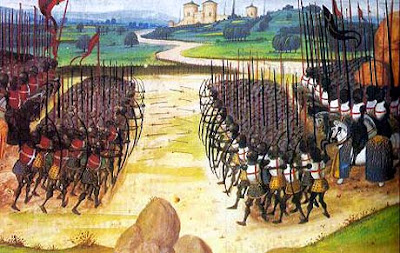 The problem with Pole-arms is it appears to be a rather generic name for a long handled weapon and in fact Blizzard tends to lump spears into this catch all category of weapons. From Europe they have names like Danish Axe, Fauchard, Glaive, Guisarme, Halberd and Poleaxe. From Asia they use Guan Dao, Ji, Naginata, Nagamaki, Woldo, and Ngao. The designs vary but the general concept of a blade on a stick remains. 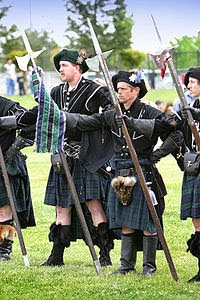 Taking the Halberd as an example, I find this to be an awkward looking weapon. The handle of the weapon is 1.5 to 1.8 metres (5 to 6 feet) long weighted with the weapon (spike and axe) and a counterbalance at the other end.

The natural action would be a prod (stabby stabby) style, although I have heard references to them being swung like an axe. Just imagine how much space you would need especially on a tight knit battlefield to swing a 6 feet heavy piece of wood, without doing damage to yourself and fellow allies. Remember that for several expansions the Polearm became the weapon of choice for Hunters (I know it was only a stat stick), exactly what the thinking was for this design I don't know. I could just imagine hunting rabbits and dear with a 6 ft wooden pole, whilst moving stealthily through the forrest.

This of course is not the only ridiculous type of weapon used in WoW, just look at the designs that Blizzard regularly throw at us.

In term of defence, large 2 handed swords and polearms are great at keeping attackers at a distance, but if you swing and miss you are in for a world of pain.

This is probably the reason for sword design to make them smaller and lighter allowing for slashing and stabbing instead of the roundhouse style of taking a big swing.

I guess what I am trying to say in this ramble through history, is it is a matter of choice and a death match of Rock, Paper Scissors. As Sean Connery said in the Untouchables, "Isn't that just like a wop? Brings a knife to a gun fight".

It is all just a matter of choice, (thankfully we can transmog our weapons) and I personally would not choose a polearm, in a fantasy setting it would always be a sword, but in WoW as in life I would always prefer a gun.
Posted by Bob at 11:31

Email ThisBlogThis!Share to TwitterShare to FacebookShare to Pinterest
Labels: Polearm