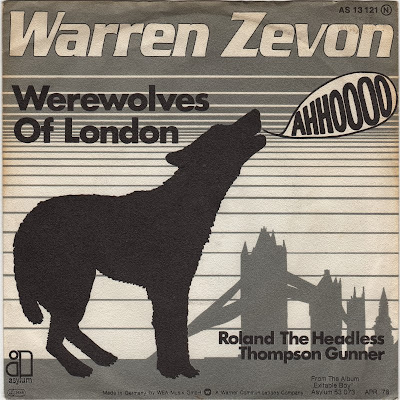 Most of the time I am in full agreement with the Godmother, she tends to talk a great deal of sense, but I must disagree in the strongest terms about her comments regarding the noodle cart. It might just be one throw away comment in a deluge of other far more important comments about the future of professions, but that is often the way. Taking you back in time to September, the Godmother said:

"Immersing yourself in the business of any profession currently (with the possible exception of Cookery) is anything but entertaining. Blizzard have shown with Noodle Carts there are ways to make things more interesting and engaging, but that's only one small part of a very large problem."

Seems relatively innocuous, but in my opinion Cookery is the most overblown profession of them all, and the Noodle Cart is the pinnacle of this flamboyance. Cookery as definitely had it's own problems during the lifetime of WoW, a secondary profession which gave a small stat increase for a few minutes. That is now a 60 minute significant stat increase which are made for sharing in the form of a feast or banquet. The major issue was the reliance at certain points in the progression on fishing, which at the time was of minority interest.
The annoyance with the system is that aside from having to reach 600, there are 5 specialisms to learn in the form of the "Way of" system. This additional chore seems to offer no additional bonus whether you learn one or all five. As usual because it is there you invariably do all of them, seeing those orange recipes winking at you and five separate blue bars that needs filling.

The Noodle Cart comes with its own quest chain including 2 dungeons and a scenario. The first dungeon trip is to the Jade Temple and requires killing the Sha of Doubt and then an additional boss. The Sha is easy enough to solo on normal but the Ghost Lin Da-Gu is a right pain in the arse and I needed to draft in a friend to Tank. I disliked the need to seek assistance to complete a quest for a profession. The second Dungeon trip is to the Stormstout Brewery to obtain 20 Sloshes of Brew. This requires defeating the two bosses and 20 alementals, this was actually remarkably easy to solo.

Unfortunately this pales into insignificance compared to the scenario, "The Secret Ingredient Is...". This kind of dexterity, reflex and planning coupled with a flaky interface that would not interact with the environment on the first 3 attempts. I hate it with a passion and when I have spent a considerable amount of effort to get there I do not want this kind of obstacle put in my way.

The meta game  reminds me of the old Triage quest for Doctor Gustaf VanHowzen in Theramore. In vanilla days Blizzard liked to put a roadblock in the professions at 225, in particular the First Aid and Fishing quests were agonizingly bad but for completely different reasons. The Triage involved the following:

Good day, doctor. You will be tested on your ability to triage patients accordingly this afternoon. Should you pass your examination, you will join the prestigious ranks of Alliance Trauma.

Now pay attention! The critically injured must be tended to first. After the criticals come the badly injured. The injured should be tended to last. You must save 15 patients to pass this exam. You will fail should 6 of your patients die in triage.

This was a running around clickfest, and to think I did this quest on 10 characters. I hated it with a passion and only once or twice managed to do it successfully on my own. It was possible to cheat the system by pairing up with some and doing the quest at the same time. The reason why people came up with up with this scheme is a sad indictment of the quality of the quest.

Unfortunately the scenario leaves no room for cheating and sadly it remain incomplete in my quest list.

I am now reviewing the issue of the Noodle Cart and whether I really need it. I can make the first 2 and have hundreds of banquets already across all my characters. I even manged to use a Noodle Cart in the flex raid, and felt a right doofus dancing and trying to attract the attention of the Raid team.

All this for a lame reference to Kung Fu Panda. I really hope this is not the future of professions.