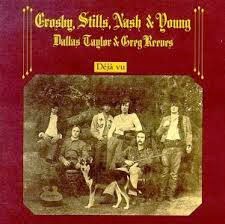 Blog Names are very important. I applaud those of you who got in early and nabbed a good name for your Blog. Naming a blog about a player class by using one of the spell names is brilliant and we have some great examples like Blessing of Kings, and Icy Veins. As I wanted to write generally about WoW and I have a lot of characters to draw from I wanted to use something with a word play on Alt. At this point you realise all the best one have gone Altoholics Anonymous, and Alt:ernative Chat being prime examples.

When you have had several blog names be rejected you become happy when any pass the magical first step Qwertyuiop.BlogSpot.com does not quite cut the mustard. I ended up with a nonsense word based on Alts, Cataclysm and Orgasmic. To be honest I was never entirely happy with title. Everybody else was far more inventive and original than mine and besides it is based on probably the worst WoW expansion which is nearly 2 expansion ago.

I was pondering the new expansion name Warlords of Draenor, which soon got changed to Warlocks of Draenor, but I am not Warlock centric and besides that name has probably already gone. On a similar vein there is something quintessentially WoW about Murlocs. They have popped up throughout WoW's history and are normally the butt of Blizzard jokes like Grunty the Murloc Marine.
In vanilla WoW Murlocs were a pain in the arse, and fighting one would normally mean fighting the entire camp. Classic examples could be found in Wetlands and Stranglethorn Vale, but in the Burning Crusade Expansion Isle of Quel'Danas they got a renaissance when as part of the dailies you needed to free the Murlocs to attack their Naga overlords. In Wrath of the Lich King they had a swathe of coastline and a cave in Borean Tundra, but since then we have not seen a lot of the amphibious Humanoids.

Now is the time to properly honour our little scaly friends and instead of a another Horde centric expansion we should have a return of the gobble, with Murlocs of Draenor. That way I am totally in with the smart kids after reserving the blog name several months ago.

I know that some of the Bloggers have tried multiple blogs before the Grumpy Elf has 4 different blogs, Alt:ernative Chat started another blog for spoilers but soon put a stop to that.

My questions are thus:
Seriously folks I would really value your opinion on this one.
Posted by Bob at 13:24