Hanging On The Telephone 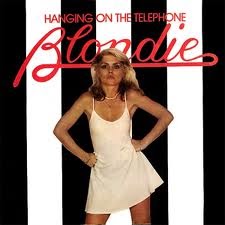 What is the etiquette of a MMORPG? What are the unwritten rules of sharing our gaming time with nearly 7 million other people? We are all vaguely aware of the ToS and the other screens that get in our way after a major patch release. We don't read them and Blizzard often choose to ignore them so what is the point? The point is that Blizzard can act on them if they so wish, which unintentionally brings me round to an interesting post by Tobold titled, Marginal Costs and the Cost of Jerks.

If a Software company can identify the lost revenue of banning a jerk against the potential losses of said jerk forcing other to unsubscribe, the decision will become much easier to make. The $15 a month/ $180 a year loss of one undesirable against the loss of 10 people leaving and the bad reputation that is generated by 10 angry people. A loss of $180 is small compared to $1800 and rising.

Not all behaviour is covered by ToS and associated rule books and not all annoying behaviour is intentional. In two separate incidents in recent weeks I have been left shrugging my shoulders and sighing, and the worst thing was that both of them were trying to help.

The first example was when I was running my Warlock through the last hurdles of the Legendary questline. I only needed 2 Titan Runestones but I was stuck at the Norushen in Siege of Orgrimmar part 1. The Sha of Pride offers a guaranteed Runestone and I could almost smell the cloak. The only thing in my way is the useless LFR group that I was in. You know the ones that I am talking about were the group fails early on and you have no idea why you are alive and only 3 or 4 others are still up. I am no expert but I believe Norushen needs a reasonable amount of healing and a decent off tank to soak up the adds.

After 3 failures and a determination on my behalf to see this LFR to it's conclusion, I got a whisper with a question about my spec. I thought here was my opportunity to impart a little knowledge to someone who cared. I asked, "What do you want to know? and they said "Why are you using Drain Life? It does not do much damage at this level". At this point I could have exploded the party has wiped 3 times already and I am one of a small group who can manage to survive to near the end of the fight and you are questioning why I am trying to heal myself, when the healers are in capable of performing their tasks by keeping up the Tanks and more importantly healing me. I checked the logs and discovered that only one of the healers had healed me at any point in the fight.

When I pointed out that I needed to heal myself frequently, my interloper took the huff. I think he must have been part of the Healing team that was not doing it's job properly.

What I found curious by this behaviour, was that the group was failing big time, I was in the top 3 in the DPS table and I was surviving to the point of last man standing and somebody thought to call me out on my choice of spells. I have enough issues watching what I am standing in, rotating between the mobs and trying to maintain high DPS and stop my health bar hitting the ground. I have no time to watch and critique everybody else in the party. People in glass houses should not throw stones.

My second example was from last night. I was queued and waiting for Ordos to start on my Rogue. Any regular reader will know that I am in fact the worlds worst Rogue, but somehow I have got lucky and have a full set of Ordos gear on my little Gnome. I could do with a legendary cloak, some daggers and trinkets, but otherwise it is not a bad setup. The Ordos gear is fairly poor with the gem slots being mostly of a blue hue. My preference is normally to go for Purple gems with main ability and Stamina. In the case of a Rogue or Hunter I would choose Shifting Imperial Amethyst 80 Agi and 120 Stam. Not brilliant but in my opinion the best of a bad bunch.

Somebody in the raid decided to investigate my gear and came up with an attack on my gem selection, stating that Icy Veins do it this way and that I am wrong. My Rogue is Alt number 10 on a list of favourites to play. I have managed to obtain an iLevel 553 and have enchanted and gemmed every slot except for one tinker slot. My performance in the group encounter maybe worth having a word about the fight. I will agree with you that I am a poor Rogue/Melee class, but don't nit pick my gear before you have seen me in action for a minor faux pas about my gemming choices.

I find it kind of nice that people care enough to look and say something, but I am not that much in need that I need directing to Icy Veins. I don't think my characters are screaming noob, needing help so please leave it out.
Posted by Bob at 11:42

Email ThisBlogThis!Share to TwitterShare to FacebookShare to Pinterest
Labels: Lend me your ear