I Don't Have The Time 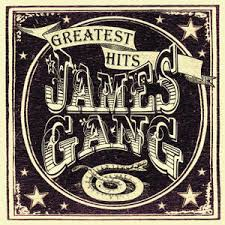 On Wednesday I wrote about WoW transitioning to a Single Player MMO. I was only part joking, in some weird sense it is nice to play a solo game with other people. Sometimes though I want to take those people, blindfold them and line them up against a wall and "execute the whole bally lot of them" to paraphrase Queenie from Blackadder.

Having read the latest instalment from Alternative Chat, I can feel her pain. Breaking up or fire fighting with your Guild is not on anybody's list of fun things to do today.

Essentially I have been in 5 guilds that mean anything to me and two of them had the same people in them. I have been a rank and file player and I have been an Officer. I don't miss being an Officer and I like the ability to just play without feeling an obligation to invite new members, help them bed in, let them abuse the Guild Bank, annoy all the old Guildies and to find them a place on a raid team only to realise that they Hit like a Wet Noodle, and Heal with the default UI.

Being a Guild Leader or Officer is something that many of us feel that we should aspire to, but I can tell anyone who has not done it, that it is a thankless task. Nobody wants to hold down a full time job and then in a moment of leisure  time be pounced on as soon as the login screen as cleared, with guild Drama and tales of idiots besmirching the reputation of the Guild, in Trade Chat or loot drama in a Pickup Group.

The only aspect of being a Guild Officer that I liked was maintaining the Guild Bank. Stacking the shelves with Food, Potions, Glyphs, Enchants, Gems and Belt Buckles. The task I performed is so much easier today with the Gold rolling in from every lootable mob and Guild Dungeon and Scenario runs. My Guild offers very sizable Repair bills to all members and still the coffers keep filling up. I would to do that task especially with an new expansion somewhere on the horizon.

I do not miss being an Officer but then I am kind of upset that I am not considered to be Officer material, but I appreciate the reasons why I am not. These are as follows:
Many people think I am ignorant in game. The reason is due to my failure to notice when people are talking to me. I only glance at Chat channel when waiting, flying or generally taking a short break from doing something. It is not deliberate and I am not ignoring you, I probably just didn't see it.

Another problem I have is that of speaking on Vent or Mumble, it started out as being slightly shy and then it was a technical issue headset/mumble and now I simply don't have a mic just headphones.
I am really reasonably eloquent but with a issues from childhood of a stutter and a speech defect, I blame it on my hearing being partially deaf, but in reality my son has the same speech problems, but he has none of my hangups, chatting away on Minecraft.

Running a successful Guild is very rewarding, but running a crap Guild is just hard work, and not everybody wants a second job. I hope Alternative Chat finds nirvana amongst the rank and file, but I guess that she will always be GM whilst she remains in the Guild.

Email ThisBlogThis!Share to TwitterShare to FacebookShare to Pinterest
Labels: Guild