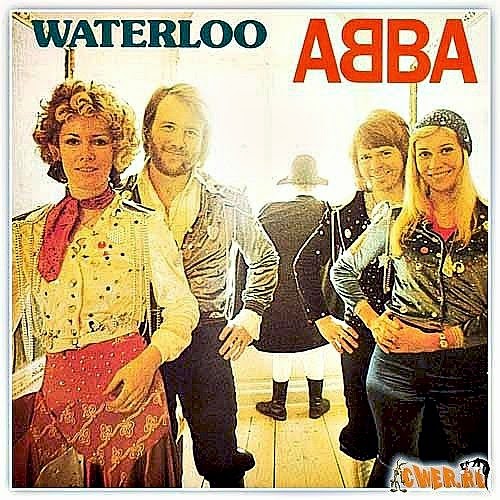 Traditionally in times of lack of content, I turn to PvP as a stop gap. I am not particularly good, but I do at least try to improve and make things as easy on my team mates as possible. The Grumpy Elf is currently embroiled in the PvP side of the game. Gumpy's take on the current status is that CC is far too long in duration and that healing is OP.

At the end of last year in an attempt to get a second character through the Legendary Cloak quests, I got well and truly stuck at the PvP quest The Lion Roars. In my end of year post I stated that:

"My thoughts on PvP are that CC is totally out of whack. On a bad day my Shaman was never out of CC, whether it was Fear, Sap, Silence or trap, it was shockingly bad. My own CC is the Toad which seems to be on the longest cooldown in the game. Chain CC is very bad for the game."

Looks like I was not alone in my thoughts. There is no fun in PvP when you are never in control of your character which is something that was highlighted by the Blizzard team in the recent Interview "WoW Source: Warlords of Draenor PvP and Class Updates". I stated that that my Shaman was able to use Toad so infrequently and the duration was a matter of seconds, but I could be feared constantly for up to a minute. It does appear that changes will occur in this area in the near future.

5 Weeks ago Cynwise wrote a piece on "Faction imbalance in Random Battleground PvP". It is an interesting take on the Horde is better at PvP scenario. The chances of winning in a battleground is greatly improved with Communication and Co-ordination. If only 5 of a team of 15 PvPers is communicating through Vent, or Mumble, the chances of victory are much improved because the core team is stronger. The strongest opposition teams that I face are the ones that work together, move together and most important stick together. They defend the Healer and attack the opposition Healer. I must confess that my own abilities improved dramatically when I installed the addon "Healers Must Die" which if memory serves me right, adds an arrow or some indicator above the head of the Healer.

I might be oversimplifying the battleground situation, but in my opinion the Horde excel at the strategic battle and the Alliance at the big pitched battles. Communication is vital for strategy but the Alliance can all clump together and create an immovable object they can all move around in one big army without any thought. If you operated like this in Arathi Basin you only ever own 1 or 2 of the 5 objectives and as a consequences would lose. Alterac Valley and Isle of Conquest have a much higher win ratio for Alliance.

Flag Capture is a Horde winner everytime especially Warsong Gulch. For some reason the Alliance fare better in the similar Twin Peaks. I can only think the terrain is less even. It took at least 25 attempts to win my first Warsong Gulch, which incidentally was an emphatic 3-0 win for the Alliance.

In my experience, the better geared I am the better chance of an Alliance victory. I guess what you see in PvP is only your own personal experience. If your gear tips the scales slightly in either direction you are going to see skewed results. On the old weighing scales you would get a fair amount of swaying if the weights are similar, but if the weight is too heavy one side or the other the scales would slam down and become immovable.

Random PvP is not fair, and I think it is fair to compare with motor sports, in particular F1 (Formula 1). In F1 the cars are all different, and each constructor will end 2 cars into the race. The constructors are not all equal and some will have far larger budgets, the best project managers, the best designers and the best technicians using the best testing equipment. The drivers are all so close in terms of skill, weight, size and driving ability that providing the cars are reliable the best car will always win. Sebastian Vettel, has won the Championship for the last for years not because he is considerably better than his rivals, but because he has the car and the best team behind him. Many people would like to see the best drivers in identical cars and see which driver would come out on top.

In Horse Racing they try to make a level playing field by handicapping:

"These are races where the Handicappers try to give each horse an equal chance of winning. We do this by giving the highest rated (or 'best') horse in the race the highest weight to carry; and reducing the weight carried by inferior horses."

This I believe is the kind of solution that Grumpy is advocating:

"Not much blizzard can do without upsetting the apple cart.  However, I did mention something in my random thoughts that I think has some serious potential.  Just give the individual player an incentive to keep queuing up when they lose instead of getting frustrated and quitting.  Buff them, buff them well, for each loss and sooner or later, if they stick to it, even the worst team will beat a good team through overwhelming buffs they received from getting their asses handed to them so often."
Most PvPers are more intune with the F1 scenario and this is the reason that they cap their Conquest gear as soon as possible, so they can bully the noobs in the Honor gear. It is not about being better it is about bigger and stronger (more time available).  If Blizzard wanted to create even Battlegrounds they would cap the iLevel of the gear for each Battleground. If you are undergeared you will get a buff and overgeared your stats are nerfed or normalised. The question is, "What is the reward for taking part/winning if gear does not matter?".

Perception also plays it part in PvP and I was always surprised to see figures showing that Tol Barad and Wintersgrasp were more even than the battles that I had attended. If random is indeed random, then your battleground win ratio should 50:50 but even a small deviation to 45:55 will give the impression that Alliance always loses.

With careful consideration I think Random BG's should be handicapped and Rated BG's are where you can show off your gear. In reality, Rated BG's will become full of gear capped players, creating it's own form of balance.
Posted by Bob at 13:15

Email ThisBlogThis!Share to TwitterShare to FacebookShare to Pinterest
Labels: PvP