A Horse With No Name 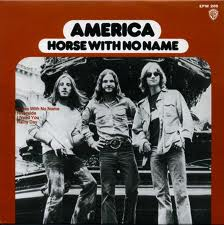 Can anybody remember the 10th or 11th September 2013? Does it seem like a long time ago? Just in case you are wondering what these dates are, they are the patch dates for North America and Europe, on the days when we last witnessed new content in game. Nearly 7 months have passed and still there is no sign of a Beta being opened. As always Alternative Chat (Formerly known as The Godmother) has beaten me to it, with a post entitled "Like Clockwork" and I am fairly sure she is going to add additional thoughts to this concept. The idea that we are stuck in "The Space Between". I was having the same thoughts this weekend when I logged in out of habit and not out of entertainment. I was looking at the Login screen and wondering which character to click on, and more importantly what was left to achieve.

I originally thought the Timeless Isle was going to be empty after a month, but much to my surprise I am still eking out the last of the gear available from the island. My warrior requires one Burden of Eternity and then I can happily sail off into sunset. My Warrior as had more than his fair share of bad luck playing the casino on the island. Most of the time I have been able to convert 30,000 Timeless coins into a Burden of Eternity except on my warrior who fails on regular occasions to unearth the Burden from a chest. Now that I need only to assemble 5,000 more coins and find a spot of luck and it is "game over" only this is a MMO and we don't have a "game over", we just get stronger and find more gear and treasure until they shutdown the realms and turn off the lights.

Blizzard have left us for far too long with too little to do, that we are bound to unsub, and to explore strange new worlds, to seek out new life and new civilizations, to boldly go where no man (or woman) has gone before.

If people are bored now, what is it going to be like in another 6 months time. I am starting to think that we have finally found the WoW Killer, and the answer is Blizzard itself.

We have had long gaps between content before, but we managed to find activities to keep ourselves occupied. Doing raids on multiple characters, completing all the content from the current expansion, doing retro raids with others or solo. For some reason this feels very different.

In the end I chose to solo the Black Temple (as recommended by R) and some Pet Battle Achievements. This is scraping the barrel and it will not be long before I am making that difficult decision as to whether I stay or do I go.
Posted by Bob at 16:39

Email ThisBlogThis!Share to TwitterShare to FacebookShare to Pinterest
Labels: Desert