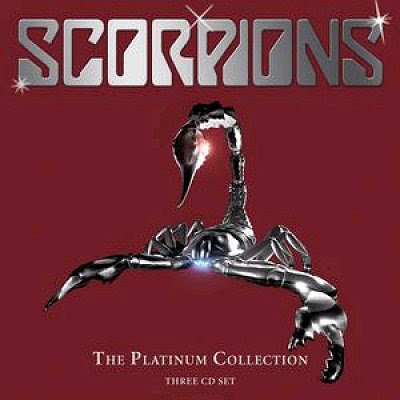 Sorry Real Life finally caught up with me, and I have had a busy time trying to stop my 2 children from turning into Phineas and Ferb. It was the first 2 weeks of their summer holiday, and in an attempt to make it better than last year when I was unemployed for the whole of August, I have run around and filled their days with trips out. Luckily this year coincided with the London 2012 Olympics and Team GB have done the nation proud by collecting far more medals than a small island deserves. Hats off to Jamica who now officially have the best sprinters by a mile.

I have also managed to play some WoW in between the trips out and the Olympics and today proved to be a fruitful experience. Not only did I manage to get 3 LFR's completed without any hiccups but I also had a very interesting experience.

In the last of the 3 LFR's on Friday night, (yes, I know I said never do LFR or LFD at a weekend) I ran my Death Knight "Blamebob" through the Siege of Wyrmrest Temple. I have had severe issues getting Plate armour drops for my Warrior and Death Knight in all expansions so much so that I usually don't even bother trying. According to the stats I have run LFR 6 times on my DK and 4 times on my Warrior. In total that is 9 runs with 4 bosses in each dropping 4 pieces of loot, now if my maths are correct that is 144 drops without picking up a single Tier piece.

Run number 10 yielded my first Tier piece - the Gloves (Gauntlets of the Corrupted Vanquisher) from Warlord Zon'ozz. No sooner was I celebrating my win, I got the whisper, "Please give me the Gloves". No, bugger off was my first thought. I ignored the first request hoping he would go away. "Please I need the Gloves to complete the set", Yes, I understand it is difficult to get the missing piece of any set. "Bob, you already have the gloves can I have the token", No, have I missed something? I check my inventory and I see Time Strand Gauntlets, iLevel 378, that is not the Tier Gloves, they are a quest reward from End Time.

There is something slightly odd about my Death Knight in that I can not click on item links or reply to whispers. This is the only character which this applies to and I am guessing it is a faulty addon or a corrupt profile. I finally figure out a way to speak to my unwanted admirer, sensing that this is like Michael Palin's old ex leper, from the Life of Brian. I explained that the Gloves were not a Tier Piece and would he kindly sod off. The old ex leper took his queue to end the conversation and we moved on to Yor'sahj the Unsleeping. In a rare lucky streak Yor'sahj decided to donate his trousers to my Death Knight. The old ex leper sensing his moment pounced again in the hope that my luck would make me more benevolent towards him.

In an attempt to cut the begging short, I decided to let the Raid know that today was my lucky day after weeks of bad luck. That is the point when the Raid turned very surreal, the responses consisted of "Well done Bob", "Bob for President", "We Love Bob" and lots of other equally silly quotes. Funnily enough it developed a life of its own and it was like another part of the Life of Brian, when Pilate and Biggus Dickus are offering clemency for one of the criminals scheduled for Crucifixion.
I half expected to see "Release Bob".

I decided the best cause of action was to avoid further scrutiny and make sure I didn't die to any of the frosty spikey things that Hagara likes to chuck at people. "Oh look Bob's going wild", head down try to stay alive through the tears of laughter and embarrassment.

Hagara The Stormbinder dies and offers up a further blessing to the RNG gods, Shoulders of the Corrupted Vanquisher. I paused long and hard before pressing Need. Several left the raid after saying "Bye Bob". This time and kind of much to my relieve I didn't win the Shoulders. The old ex leper started a campaign demanding that the unfortunate soul who had won the shoulders should donate them to Bob, because it was the right thing to do. It was time to beat a hasty retreat and thank everybody and disappear back to the anonymity of my own realm.

This was a singularly unique occasion when the WoW community really came alive and did something spontaneous. I am still laughing as I write this.

Thanks All it was a good night all round.
Posted by Bob at 00:57