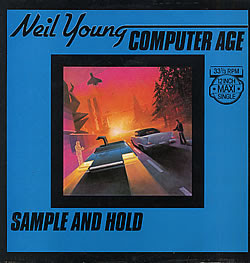 I am a computer engineer. I have fixed computers and software for a living, for nearly 20 years it has been most of my working life. I love interacting with them and like a PC Doctor I have developed a sixth sense for when they are struggling with their workload and will attempt to upgrade, fix, repair, and replace when necessary. One aspect of computers that I never fully grasped is the Graphics card. Under normal usage it will either display and image or it will not. Everybody is aware of the resolution control and the fact that images can appear squashed or fuzzy or in most cases crystal clear, depending on sight some like the images big and others like the font and icons so small you can barely read them. Business computers are relatively straight forward, but not so the home gaming computer.

I bought my first PC when I left University and started work. It was a DX2-66 a pre Pentium machine with 4MB of memory and an 80 MB Hard Drive. All the games came on floppy disks in those days, 7 disks for Windows 3.1 and 30 disks Microsoft Office if memory serves me right. Since those days I have updated my PC at a fairly uniform every 3-4 years and my current PC is coming around to it's 4th Birthday.

On Patch day (5.0.4) I spend the whole evening in Stormwind crafting and in the Auction House. Yesterday I managed to get out of the city and headed to Northrend in search of herbs and digging up relics. I noticed for the first time when landing near Crusaders Pinnacle that my screen was very jerky. Landing was awkward and turning was very slow. The Framerate which used to 30 FPS in Stormwind and a standard 20 FPS elsewhere was hovering closer to 10 FPS. Northrend should be fairly quiet and in theory should have less rendering to do. I turned the remaining 2 settings that are not currently on low to the minimum settings and the framerate returned to 20 FPS.

The terrain in Azeroth is now fairly standard with no plants and grasses showing above the main contours, it is playable but it is pretty poor to look at. On patch day we all noticed how the game was much brighter and sharper, but now we know there is a downside to this improvement. The minimum requirement for your hardware has just gone up. Cynwise seems to be having an even worse experience than myself and as rendered a 2008 Macbook unusable. 4 years maybe the cutoff period for hardware. The following show the recommended spec for Cataclysm and Mists of Pandaria:

In theory my system is good enough with the possible exception of the Graphics card. I was already investigating alternatives yesterday and as usual it is a veritable minefield of options. The plans are for a budget card which will provide 30-40 FPS on medium settings. I have settled on the NVidea 630 and the AMD HD 6670. They appear to be of a similar standard and price, around the £50 mark.
Testing under Cataclysm conditions showed the AMD HD 6670 at a sensible 1280x1024 giving 37.3 FPS. If I get anywhere near that, I will be more than happy.

There is so much bovine excrement around Graphic cards, about having to buy the best, for more than the price of a good gaming rig. in 18 months the best will have been superceded and will cost 25% of its original valuation. That £50 card was cutting edge once.

I will do some testing at the weekend and maybe I can save somebody else the enormous amount of time I have spent wading through this macho bullshit.