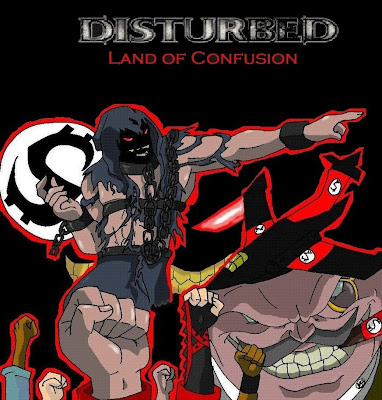 The Timeless Isle is it good, bad or indifferent? To be quite honest I am not sure.

I have run the zone 10 times on different characters now and I only feel totally at ease on 2 of the characters, my main Hunter and the utility and hard hitting Elemental Shaman. All the rest felt weak even with their new found wealth of gear.

I was originally feeling good at about the zone when every other chest or chest wielded gear tokens, but after thought provoking posts like this from the Godmother. Oddly though the Godmother is growing into the zone and I am growing wearier.

I decided early on that the best course of action was to do all the starter quests and then stop at the 50 Epoch Stones, which is the point where it starts to get grindy, The recommended Great Turtle Hatchlings for the Epoc Stones seemed to have been nerfed and in the end I proceeded to do mostly skinable creatures, Turtles, Snakes and Cats were the order of the day, and special thanks to Oov for all the waiting whilst I made good use of my skinning knife. I mostly did my solo content as part of a duo, it just seemed less stressful and with 2 eyes peeled on Rares it proved to be nice easy content. Kilnmasters are still a pain in the butt even for 2 people, which explains the rep parties going on around the isle. Now I might be completely wrong but I cannot see the value in the Shaohao Reputation, except for a serpent dragon mount. The sheer number of hours required I think I might pass on this one. If anyone can explain the 5 masks other than as vanity items, then I would be most grateful.

Back to the Godmother and her first impressions, she wrote:

"Part of my brain, the massively cynical portion, wonders if they had a meeting for 5.4 before it was instigated and had a whiteboard where the Devs wrote down all the things they'd done wrong in the game this time around, and right at the top, in capital letters, someone wrote 'GIVE ALTS FREE STUFF TO MAKE MAINS FEEL BETTER.'"

This is a design plan, and it got me thinking why are they doing it? Yes, it is a mid-expansion gear reset, and yes, Alts have it tough this expansion, and yes, Mains are struggling with off specs, but what is it for. My only explanation is just like in Cataclysm, when Heroic 5 Mans were tough, and the Zul's were horrible, ultimately they gave  us a loot fest in the last patch which they called it Looking for Raid and the Dragon Soul. Large number of people had killed Deathwing in the first month.

MoP is the first expansion to have multiple tiers of LFR, and to be brutally honest the iLevel of the gear in LFR is shocking at 502, so introducing a loot reset at 496, just below the ToT LFR, then people will be able to catch up in ToT and be able to move onto Siege of Orgrimmar as quickly as possible. Blizzard has developed a policy of "Leave No Man Behind", and everyone will get to see the last Raid and the fall of Garrosh before the next expansion. The plan is slow, slow, slow open floodgates. Rohan discussed the issue dual specs to do anything in the MoP expansion:

"Until 5.4, I never realized just how much I resented the way Mists of Pandaria was turning out. I play a healer, and it just seemed like so much of Mists was healer-unfriendly. There was all this neat new content and game modes, and I had to switch to Ret to do most of it."

The Timeless Isle will alleviate some of this pressure and the loot fest is not all about Alts, it is designed to get some of those Healers and Tanks available. This was probably the single biggest failing of the expansion. If it is hard to get gear for one spec, then it is damn near impossible to do it for a second spec. The latter waves of 5 Man Heroics always gave the chance for someone to say, "Can I need for my Off-spec?".

The Godmother questions why crafting was not used, and in my opinion the crafting model is being left to rot, with only raider having access to high end patterns and the inevitable materials which have raw materials more valuable than the crafted item. I used to love crafting but I think Blizzard have long since killed the design for anything other than starting gear at the beginning of an expansion. Why spend huge sums of money on an item that will be replaced so quickly? The odd BoE item available for spare Valor tokens was a better solution for those with either excessive amounts of Valor or with spare Gold to lavish on Alts.

The Timeless Isle is currently crammed with people, but what is it going to be like when they produce the next such island when connected Realms are in place? Is the zone worth going to back to every week when the server resets so that we can do the weekly quests? I am guessing that if Battlefield:Barrens is anything to go by, this island will very soon be deserted, and the only thing left is queuing for LFR again.

The Grumpy Elf is turning towards the meta game of Timeless Isle Achievements, the chances are that you will not have completed too many by accident, but you will be a good chunk of the way to getting the right ticks in all the boxes, like kill one of every type of mob, find every Treasure chest available.

The Godmother has moved on to the real interest in the Timeless Isle and that is the collection of Burden of Eternity, this will move your gear on significantly from the iLevel 496 to 535. If RNG is required then some of us are already screwed, but as the Godmother points out, there is one chest that is guaranteed, unfortunately it is a one shot item and can only be looted once ever.

There seems to be some discrepancy in reports about how often certain chests can be looted, and I am guessing that this will not be resolved until reset day and we can try and loot them all again.

Last week I had a moan about the Albatross as a method for getting around, and it appears I am not the only person. The forums were full of vitriol for the new system and most of it surrounded the killing of an Albatross when fully laden with travelling hero. Blizzard fixed this little problem with one of their daily fixes, but apparently the griefers have not stopped killing Albatrosses to stop other people using them. I personally waited for 5 minutes for an Albatross to fly by and then discovered that I had no spells with which to attract its attention on a Paladin. I am sure this is not the only class lacking in a long range damage spell. Anybody who can help on this matter I can guarantee your advice will be greatly received. I have yet to time the length of the journey but the speed and the route are just plain crazy. Can somebody please get some engineers from Northrend to rig up some ski lifts?