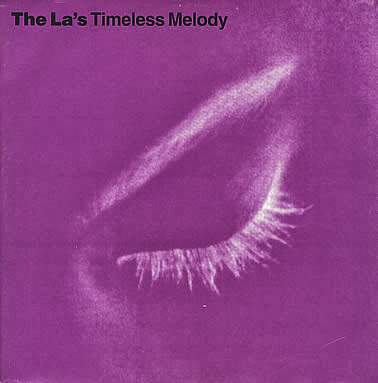 Timeless Isle, are we still visiting it on a daily or weekly basis? WoW Insider asked the question as a breakfast topic over the weekend and the figures are shown below at the time of writing.

To be quite honest the choice of answers was not very well thought through for instance, "Not as much as I used to, but I'll still camp some rares." - 32%  answered yes which in my opinion is just madness to visit for Rare bashing.

I have run all my max level characters through the starter quests and I have 3 characters running the dailies for valor and coins, and I get a small amount of rep at the same time.

The daily quests are kill 20 Elites and answer a stupid lore question (no rush we will wait until you can answer one). The weekly is kill 5 Rares and obtain 50 Epoch Stones.

If you go every day and kill 20 Elites, you will automatically complete the weeklies in 4 or 5 visits.
What is the point of obtaining the 50 Epoch stones on a Tuesday or Wednesday and having nothing to do for the rest of the week.

I have noticed that after 3 weeks the Celestials are rotting away. They might as well appear on reset day and then take the rest of the week off. The Grumpy Elf pointed out that people are complaining about getting upgrades because they are essentially PvP pieces. WoW's complexity means that it is difficult to keep ahead of all the changes, and not everyone uses news sites or fan blogs, but it easy enough to compare gear and see if it is an upgrade or not.

I am still playing the Burden of Eternity lottery and winning, with an average of 30,000 coins converting to 1 Burden, which is better than the suggested 1 in every 100 keys.

The sample figures are low but I think it is still worth the risk, and besides it give me an extra chance to get iLevel 496 trinkets of which I am still about 5 missing.

Going through the comments from WoW Insider I noticed this one:

"The biggest flaw with the Timeless Isle (are you listening, Blizzard?) is that you can see all the sights and sounds on your first trip to the island. Given the nature of the island, from a lore perspective, it should really reconfigure itself from day to day or week to week, constantly offering different sets of challenges and content."

Oddly enough this echoes the post from the Godmother who has been faffing around the subject for a few days now:

This is not sarcasm or abuse directed at Blizzard. Your Island of Free Things is lovely, but I for one would like to return to having some structure and direction in my life. I'm sorry I said that Dailies were boring and repetitive, and this proves the point that you don't know what you have until it's gone.

It would appear that some people like a bit of order in their lives and not the freedom of creating your own adventures. It is pretty telling that I have stuck to the small number of Dailies and Weeklies on the Isle to maintain my own interest.

I have always stated that Blizzard like to swing wildly between opposing views.

"Everybody hates dailies" Blizzards response ok we will give you new content with no dailies and some weeklies.

The complaints going through this expansion are not so clear cut, or are they in black and white, in summary it looks more like this.

5.0, 5 new levels, one new class and one new race. End game is Rep based, with small amounts of valour awarded for doing dailies.

5.1 offered more dailies but they had a good story running through with normal Scenarios and solo scenarios.

5.2 Blizzard offer more dailies along with closed content and solo scenarios plus and Island full of Dinosaurs.

5.3 Only content provided is a little story telling and a weekly.

5.4 Blizzard give the world a free form Island with some dailies, some weeklies and some exploration. In addition because we have been so mean so far to alts and dual specs, you can have an Island full of loot.

What everyone failed to realise at Blizzard is that 5.1 and 5.2 are the correct ways to provide dailies. The problem was the amount of pain endured for the first 3-4 months with 5.0. This is the burnout zone, and we need to have various ways to gain rep not just from dailies, and don't like the idea that all the gear and recipes are hidden behind rep, we don't want to feel that content is mandatory. Rep should not be per character or it should be easy alternatively it can long and grindy but it is account bound.  Guess what, we can even have a mixture of different types of rep grinds.

The Timeless Isle is a counter balance to all that went wrong leading up to this point in the expansion. It is not a future indication of how expansions will be done in the future, it is just making sure that we have no excuse for not taking down Garrosh Hellscream.
Posted by Bob at 15:15