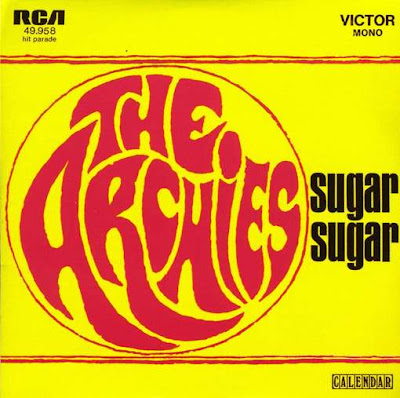 Sugar, ahh,
Honey, honey.
You are my candy girl,
And you got me wanting you

This song has been bouncing around my head since the Grumpy Elf described the Timeless Isle as,
"Coins and gear tokens drop like candy.

Sitting at work and waiting for news of the new patch is rather painful and surprisingly few bloggers managed to write up their experiences, I guess they are still working out what to do with all the Candy Loot.

I was fretting yesterday about how to get to the Timeless Isle, but I should not have worried, with Blizzard using the incoming message as soon as you enter the Vale. A quick teleport and you are stood opposite the new Flight Path attendant.

Blizzard described the experience on the Timeless Isle as, "Open-world adventuring at your own pace.", but does this adequately describe the zone. There are quests to guide you along your first tentative steps, which is like having stabilisers on a child's bicycle, but ultimately you feel compelled just to roam and see what the world contains. Certainly there are lots of things to click on and treasure chests lurk in dark corners.

The mini map will draw you attention to any new activities in your new vicinity, like rares and treasure chests, so keep an eye on the map and the other eye on the screen, because respawn rates are rather crazy at the moment. The difficulty level of the island was described by Blizzard as:

"Being able to take on large creatures by yourself also means that long after Patch 5.4 comes out, when the number of people visiting the island dwindles, you’ll still be able to bring new characters there and engage with everything it has to offer."

Having read Grumpy and the fact that he died several times, mostly to PvP but the point remained that this Island may contain some hidden nasties and the answer is definitely in the affirmative. If you take iLevel as a reasonable indicator it might shed some light on Blizzard's statement. If Grumpy is 536 and Bob is 504 and a new 90 is 458, then I predict some problems. Almost everything is 90, 91, 92, Elite or Rare, which would mean that unless your new level 90 can simply drop threat at a moments notice then they are going to become well acquainted with the Spirit Healers and Graveyards.

I usually run my Hunter as Beast Master with a Ferocity Pet, but it soon became obvious that it would be hard to keep my pet alive this was. Pet Tanking is the new methodology and possibly a respec is required to generate some additional healing from Spirit Bond. In some respects I am tempted to do the Isle on a Blood Death Knight, all the gear is BoA so what does it matter which character brings home the bacon.

With so much iLevel 496 gear dropping on the Isle, it makes me wonder why I was so obsessed with the Battlefield:Barrens, I could simply have taken 6 weeks off WoW, enjoyed the summer and come back to the the game in September refreshed.  The Justice points that I have been carefully collecting are almost useless as well. The best gear available with Justice is the gear formerly with the 5.1 Operation:Shieldwall vendor which oddly enough offers iLevel 496. Why spend the Justice points when you can wait for a drop? At the current rate I should be able to clothe all my characters in less than a month, and maybe as short as 2 weeks if lucky with the right drops. So far on my Hunter I am a magnet for boots of any material and mail Chestpieces. These are great for converting to Epic items and either vendoring or disenchanting, the price of Enchants is set to nosedive.

The area is considerably smaller than I was expecting but then again a quarter of the zone is only open to the Elite Cloak wearing brigade who are fortunate enough to have done those LFR chores week after week. I do not begrudge anybody who was patient enough to complete the Wrathion quest line. What is more of a concern is the stupid idea for getting to the highest parts of the zone in the mouth of an Albatross [*], that takes the longest route known to man and who moves slower than the average gastropod. No wonder the peaks have treasure chests on top, nobody can be bothered to wait that long. In some respects the Pandarians should telling us to slowdown, and should be more British in asking people to queue in an orderly line.

In recent weeks I have been rapidly using up my supply of Exotic Leather, and even started farming it with Raptorleaf seeds at the Sunsong Ranch. The Timeless Isle provides a multitude of corpses, including snakes, bulls, crabs and cats. The number of people with skinning on their mains is probably quite small and this leaves a huge pile for the discerning skinners amongst us. The extra bonus is the Timeless coins that drop from skinned corpses, makes it a double win.

With all this Timeless coinage arriving in my pocket, and everybody on the Isle wanting to sell me something it is like being at a Bazaar. Never wanting to foolishly part with my money, although I did buy some keys, (I couldn't resist) for the cave with treasure chests in it (I felt like Indiana Jones trying to choose the Holy Grail). I have discovered the following list from Battle.net forums:


Blizzard describe the currency rewards as:

"The currency of the Timeless Isle is Timeless Coins, which players can use to purchase Mogu Runes of Fate, additional BoA gear, pets, mounts, and some just-for-fun items. The island also contains a new faction—one that forges a mystic bond with the lost Emperor of Pandaria, Shaohao himself—that will grant you access to even more cosmetic rewards. Gaining faction with Emperor Shaohao isn’t gated, but it does require battling some of the most ancient and powerful creatures the island has to offer."

If the coins are merely for spending then, I believe that a 535 Trinket would be my number one priority at the princely sum of 50000 coins, with a Mushan Mount coming in a close second.

I nearly forgot that there is a new faction, and a fully Exalted reputation bar is always a reasonable motivator for many players. I am not sure whether this zone will have the legs to last for any considerable time and I expect it to be almost deserted in about 6 weeks, but for now, I am happy to collect my daily candy.


[*] Apologies to the person who was enjoying his slow ride to China, before some stupid Hunter attacked the Albatross that was carrying him.
Posted by Bob at 13:11