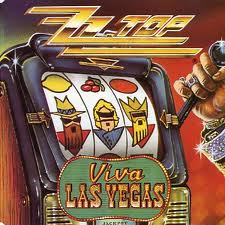 Hidden away in a cave on the Timeless Isle is Master Kukuru. A Hozen who sits in a cave surrounded by treasure chests. His job in life is to sell keys to adventurers who have spare Timeless coins on their hands.

Scott Johnson described it as, "The most addictive feature ever introduced by Blizzard", and the Godmother coined the phrase, "The island where you exchange coins for treasure. WHAT COULD POSSIBLY GO WRONG."

I had previously avoided the cave in an attempt to save up my coins for a big purchase, but soon discovered that the accumulation of coins is slower than you might think. The object of my affection is the Burden of Eternity and to obtain one of these through hard work will set you back a whopping 50,000 Timeless coins. In 2 weeks I have amassed a total of 30,000 coins so I am guessing that I can knock one of these out every three weeks or so.

The shortcut is to play roulette with Master Kokuru, but is it a risk worth taking? My character with the next highest number of Timeless coins was my Shaman with a stash of 7,500 coins. I decided that it is possible to obtain 50,000 coins on one character but to try it each week on multiple characters is burnout material.

7,500 coins will buy you a grand total of 15 keys and this is what happened when I gambled the family silver.

The next highest character could only muster 5,000 Timeless coins buying 10 keys.

The first experiment shows what I assume is a very lucky streak and the second is a very poor reward for the amount of coins.

It was widely reported that Blizzard were being very generous when the patch dropped and it is less certain the risk factor that they finally settled on.

My character is sat on a nest egg of 30,000 coins or 60 keys, is it worth the risk or should I settle for the guaranteed upgrade?

Google revealed a series of experiments on Reddit with real mathematical chance percentages. The gist is are you feeling lucky punk?

In case you need to go into rehab after a night spent with Kukuru, there is at least a place to go for those poor unfortunate souls with no Timeless coins left to rub together.