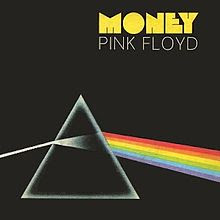 Apologies from me, I am feeling a little sheepish after a night spent making money instead of investigating the joys and improvements brought to us in the new patch.

Last night was the result of 3 months meticulous planning and it consumed the whole night in a frantic chase for gold. I only had one plan and if you have read any of my posts you will realise that it was a day for Scribes to shine. The general consensus is that Scribes are greedy and charge vast sums of money for very simple crafting activities. The reality is a different story completely.

Inscription and Jewelcrafting both require a large amount of effort in order to be completely useful. Jewelcrafters spend months doing dailies to acquire the recipes from which they can accumulate their wealth, Scribes have the roadblock of research, which is a daily activity to discover another Glyph. In general the glyphs that every scribe knows are sold at less than cost price and the research is where the money is made.

Scribes take a stack of 20 herbs and crush (mill) them 4 times to create 8-12 pigments. These pigments are then turned to inks (2 pigments in each ink), then inks are turned into glyphs (3 inks per glyph). In terms of costing per glyph I use the following model

There are about 400 glyphs available in game including the new monk glyphs. So if a scribe makes 5 of each one then he will be carrying a stock of 2000 glyphs. If the scribe puts 2 of each kind on the Auction House then that is 800 glyphs which need to be placed manually one at a time. Thankfully Trade Skill Master a certain amount of automation.

The evidence from the beta was that most of the glyphs would have a direct correspondent in the new patch 5.0.4 but not wanting to waste 12G and the time and effort required to stock up all the glyphs before the expansion I opted to stock up on inks instead. The process of making in the region of 1500 glyphs was a back breaking couple of hours.

The difficulty of mass production and the time consuming effort required to make and sell glyphs acts as a barrier to entry. If this was not bad enough the biggest barrier to entry is the other glyph sellers. Every few minutes 90% of your glyphs would be undercut, and then they would be undercut by someone else. It carnage and chaos, and with so many glyphs and so few bag spaces I ended up utilising 1 scribe and 4 AH mules to cancel, collect, and repost the glyphs.

In 5 or 6 hour period I was able to increase my treasure trove by 10,210 gold. Was this really a good use of my time? Not sure, it was weeks in the planning and it was a one off event, the aftershock will keep me involved for at least a week. This will give me time to digest the changes in the game, without rushing headlong into instant gratification. One of my targets on the run up to MoP was to increase my wealth by 100,000 gold, I achieved over 10% of this target in 5 hours. I have used up my entire supply of inks and have no suitable way to replenish my stocks without farming them myself.

The prices on my server for glyphs ranged from 200 gold down to 30 gold for the cheapest. The day before the patch, the average price was about 20 gold each. With a little research people could have saved themselves a small fortune by buying early. What surprised me more, was why they didn't have all the glyphs learnt already.

Email ThisBlogThis!Share to TwitterShare to FacebookShare to Pinterest
Labels: Glyphmas