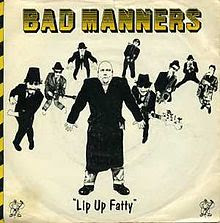 Grinding Professions at the weekend, by which I mean Archaeology, took my Gnomey Warlock into the Swamp of Sorrows to pick an abundance of herbs and the fossils lying on the beach. Not really taking any notice of the chat channels, however I noticed a lengthy whisper asking me to join a level 25 guild for fun and social chit chat.

Since when did guild member poaching become acceptable? I know some of the rules of MMO etiquette have diminished over time especially in WoW. My wife was once accused of poaching members of our former guild, and that was considered to be heinous insult especially as it wasn't true.

The guild leveling system has largely killed the guild hoppers due to the loss of perks, and very few new guilds seem to get out of the starting blocks.

On a similar subject Scott Johnson from the Instance (and other things), was arguing in this weeks podcast, that the reason we keep playing WoW is because of the friends and social connections we make whilst playing the game. For some people this may be the case, but like many others I have seen friends and acquaintances fall by the wayside as they leave to play other games or reintegrate themselves back into society.

Of the many companies I have worked there was only one with any serious WoW players. This allowed me to blow off steam and discuss various aspects of the game. Now I play a single player game in a massively multiplayer online game environment and get to blow off steam in this blog. The newly anticipated changes will ultimately make it a more enjoyable game for the lone wolves amongst us.

Anyway, back onto topic, are there any taboos/etiquette left in the game any more. In the Blizzard hints section of the loading screen, they still have pearls of wisdom, "It's considered polite to talk to someone before sending an invite or opening a trade window."  How often do people obey that little one?

The other day somebody bothered to say "excuse me, where did you get that cat from?", I replied that it was from Winterspring, then all I got was radio silence. Now is it so difficult to be polite and use please and thank you? I know I am on a European realm and many people are speaking a second language, I am terrible at languages, but I always learn the greetings and how to say please and thank you, it is just common courtesy.

Does anybody remember a time when people would leave you alone whilst mining a node or picking a herb? This problem used to only occur at the start of a new expansion, then it spread to Sholazar Basin and to a lesser extent to Icecrown. The Cataclysm expansion was even worse, and now it rarely seems to happen at all. Is this because nobody grinds for mats anymore? I can guarantee in 6 weeks it will be like the January Sales chasing every yellow dot on the map with a large pack of gatherers breathing down your neck.