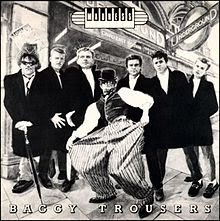 Everybody is spending the next few weeks dusting down their characters and making preparations for the Mists of Pandaria expansion. I am still trying to level my alts professions, but it looks like time is not on my side (regardless of what Mick Jagger might say). Now is the the time to concentrate on sprucing up my bag space, especially for the new feature of AOE Looting (is there not a better term for this function yet?).

Traditionally I always carry too much junk on my person, this will consist of raiding consumables (flasks, potions, and elixirs) food (cooked and raw materials) drinks (casters) PvP gear (for when I need to a Superman change into my underpants) and gear for off-specs. The biggest single problem is usually the crafters who always have a plethora of raw materials so I can whip up that off the shoulder number at a moments notice.

Profession specific bags which have the benefit of extra slots are a pain in the backside when you have a mixed bag of goodies and there is nothing worse than the "Inventory is Full" when your crafting bag is half empty. There are 2 anomalies to this the ammo bag and soul shard bag. The Abyssal Bag was originally designed to carry 32 Soul Shards and was later converted to a 22 slot normal bag and was cheaper to make than the equivalent 22 slot bag from the WotLK expansion. The Nerubian Reinforced Quiver was a 22 slot ammo bag which was converted to a 20 slot normal bag. Shards and Ammo are no longer in the game (thank god) and these anomalies can still be used. With Cataclysm the choices for normal bags was the Embersilk bag (22) and the Illusionary bag (26).
The Tattered Hexcloth Bag is a 24 slot unique quest reward and the Portable Hole is sold by Haris Pilton in Shattrath.

So it would appear to be worth the extra effort of crafting yourself. Now the Illusionary bag is a different kettle of fish, due to needing 8 Dreamcloth. This was originally an issue with only being able to craft 6 Dreamcloth a week and Dreamcloth being BoP, now it is possible to craft plenty more depending on the quantity of Chaos Orbs in your possession. To purchase from the AH Illusionary bags seem to priced around 3100 G which makes them a better option than purchasing 1 Portable Hole for all your characters unless of course you want the achievement.

The new MoP bag is the Royal Satchel and will have 28 slots. It was originally data mined as only being a 24 slot bag which was not bind on equip. These are unlikely to be available in game for at least a few months, unless you want to sink all your money into buying 2 or 4 extra bag slots.

If you intend on selling bags on the run up and including the first few weeks of the expansion, then the Consortium has got a battle strategy, which involves making different bags by segmenting the market from the Poor to the Super Rich. Foo believes that it is likely to be Embersilk bags that will be the big seller based on historical data of the previous expansions.